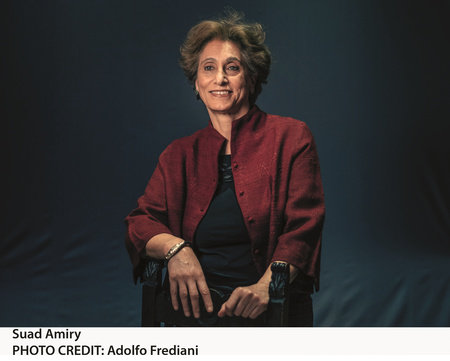 SUAD AMIRY is a writer and an architect. She is the author of six works of nonfiction, including Sharon and My Mother-in-Law, which was awarded the Viareggio-Versilia International Prize in 2004, and Golda Slept Here, which was awarded the Nonino Risit d’Aur Prize in 2014. Amiry received the Aga Khan Award for Architecture and is the founder of the RIWAQ Centre for Architectural Conservation in Ramallah, where she lives.