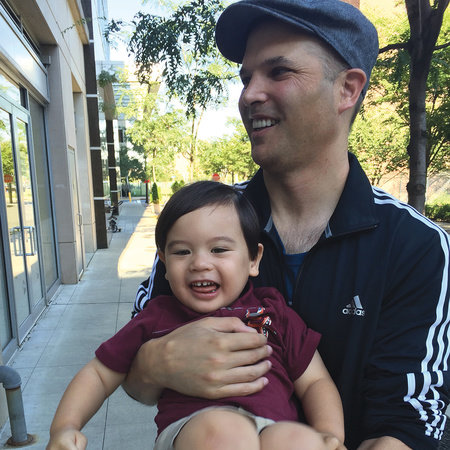 Matt Taibbi, author of the New York Times bestsellers Insane Clown President, The Divide, Griftopia, and The Great Derangement, is a contributing editor for Rolling Stone and winner of the 2008 National Magazine Award for columns and commentary.

If a politician speaks in the forest and no one is around to hear him, is he still lying?

The short answer: yes, if you’ve lived long enough. And if you like good writing and can stomach bitter pills that bury your quaint construct of America the Beautiful deep in the ground, the longer answer can be found in articles and books with Matt Taibbi as the byline.

As a longtime Rolling Stone writer, author, human lie detector, and heir to the freewheeling throne of Gonzo journalism, Taibbi is at his best when calling bullshit on the corrupt institutions that bog this country down. His target includes the media, a pool of sycophants who parrot each other, shackle themselves to the balance fallacy, and furrow their brows in the face of Donald J. Trump’s successful presidential bid while being woefully complicit in it.

His latest book, Insane Clown President, is a collection of articles Taibbi wrote for Rolling Stone that chronicles a year’s worth of reflections on the 2016 presidential race, centered on the seemingly comical then suddenly confounding rise of Donald Trump in American politics.

“His bellicose pussy-grabbing vulgarity and defiant lack of self-awareness make him, unfortunately, the perfect foil for reflecting the rot and neglect of the corrupted political system he conquers,” writes Taibbi in the introduction to Insane Clown President. “A system unable to stop this must be very sick indeed.”

PENGUIN RANDOM HOUSE:What’s your writing routine? Where, when, and how does it happen?

MT: I have an office at home. It has green walls, one painting by Molly Crabapple, and a window that looks out on a Jersey City street. My routine is to wait until the last minute and then work in a fit of panic and self-loathing until the assignment is finished.

MT: I never wanted to be a journalist, and always wanted to be a novelist. Most of my heroes were funny fiction writers. My favorites were Nikolai Gogol and the British short story writer H.H. Munro, a.k.a. Saki (my wife even allowed me to name our second son Nathaniel Munro Taibbi).

I lived and worked in Russia for many years as a young adult, so a lot of my favorite writers are Russians, people like Mikhail Bulgakov (“Heart of a Dog” is one of the funniest books ever) and Sergei Dovlatov. When I got older, I spent more time reading non-fiction writers and journalists like Hunter Thompson and H.L. Mencken. The writer whose career I most wish I could have had, though, is Raymond Chandler. His books are so beautiful. I’m jealous every time I read them.

MT: It’s probably more the latter. I get that thing that all journalists have, where you hear or read about something and some animalistic part of your brain buzzes and tells you, “That’s a story!” I probably inherited this from my father, Mike, who is also a journalist.

PRH:What book (fiction or nonfiction) helped you see the world in a different light?

MT: I remember reading The Gulag Archipelago in my twenties and being awed by the seemingly boundless capacity for evil in people. That book really freaked me out. It probably changed the way I think about things. It may even come out just a little bit even in this book about the 2016 campaign, where throughout the year I kept reminding myself not to expect people to be anything but horrible. If there’s a lower place for people to go, they’ll eventually find it.

MT: The reason I’m in journalism and not writing novels is because I’m very bad at inventing details. My fiction for this reason is really terrible, just hilariously bad! In journalism you have to make up for whatever you lack in imagination by finding enough true details to bring a story to life. So in that sense I guess I probably fall more on the observation and experience side of the spectrum.

MT: When I was about nineteen, a professor in college sat me down once with a sad look on his face and said to me, almost like he was giving a cancer diagnosis, “You’re going to be a writer.” If you’re old enough to read this, you probably already know if this is your fate, too.

The only rule is you have to write millions of words continuously until your death. If you have no problem with that, you’ll probably be fine. Conversely if you can imagine not doing that, you probably shouldn’t try to be a writer.