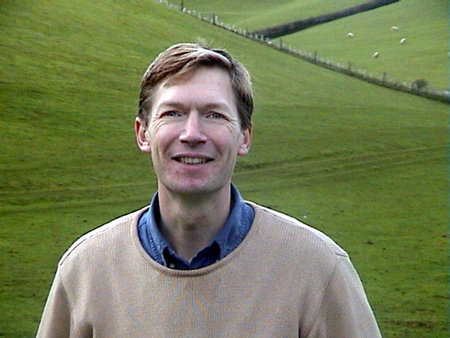 I started writing because…

Well, because I had been telling myself stories since I was a schoolboy; because I had long been inspired by stories that I had read, or watched on television; because my father was an author, who had been writing his own stories for as long as I could remember. It was for all those reasons. Writing just seemed to start naturally, the more so because I was young, single and living at home, and did not have much else to do in the evenings.

It took a long time. I was working at the Ministry of Defence, the Cabinet Office, and later at NATO. There was romance, marriage, and in due course a family. In fifteen years, I managed just three full-length manuscripts. The Cup of the World was the third of those.

The story began with a dream I had had, long before. In the dream I had seen a swordfight, in a garden at night, with three people present. No one was hurt. But words were exchanged over the blows. I knew that those people knew one another. So who were they? And why the fight? I wanted to make sense of it. And the way to make sense of it was to invent the rest of the story. The outline of that story existed in my head for years before I started trying to write it down.

Of course the story was not only mine. A young bride, vulnerable in a strange castle; a devilish pact; a coming of age, through recognition of one’s own sin — these were timeless themes. Faust and Bluebeard and Arthur all woke to haunt the world I was making. The story flowed naturally to the point where the heroine hears a prophecy uttered about her baby son. And there it ended.

Ended? How could it end there? What was going to happen next? I did not start The Cup of the World with a sequel in mind. But it was clear once I had finished that I had not in fact finished at all. And prophecy, too, is a timeless device in story. The powers of heaven may not lie, but they can cheat. The wiliest mind can be misled by a truth that it has not understood. This was where The Widow and the King began. It began because the story would not stop.

The Cup of the World and The Widow and the King are both fantasy novels. Both are set in places and times that never were, where magic is possible and the powers of heaven appear on earth. Nevertheless I have used the fantastical elements sparingly, because I believe that magic should not be commonplace, and because the heart of these novels is the human drama that unfolds within their exotic frame. In this they have something in common with the gothic novels of bygone eras. They are dramas that dance within the fringe of nightmare.

The Cup of the World

The Widow and the King

Cup of the World