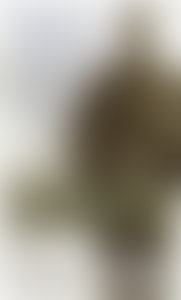 James C. Donahue joined the Marine Corps when he was seventeen years old and served with the Corps through the 1962 Cuban Missile Crisis. After being discharged, he enlisted in the army and volunteered for Special Forces. As a Green Beret, he served with the 6th and 7th Special Forces Groups (Airborne) in Fort Bragg, NC, and with the 5th Special Forces Group (Airborne) in Vietnam. His many military awards and decorations include the Silver Star, three Bronze Stars, the Purple Heart, two Air Medals, the Combat Medical Badge, and the Vietnamese Cross of Gallantry.

After earning a bachelor’s degree in anthropology and a master’s in social sciences Donahue went to work for the U.S. Department of Labor’s Veterans Employment and Training Service. He has written two previous books; Mobile Guerrilla Force and Blackjack-33. He and his wife live in Glenwood, NY, and have two grown children.

Sign me up for news about James C. Donahue and more from Penguin Random House