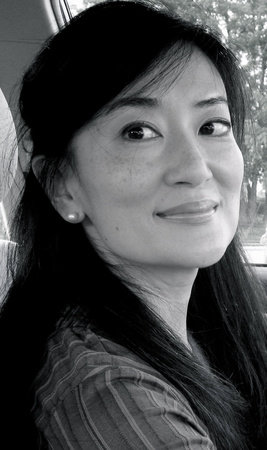 Lenore Look first discovered a love of writing when she was a young child, creating, packaging, and distributing her own picture books. After a career in journalism, she went on to write many children’s books, including Alvin Ho: Allergic to Girls, School, and Other Scary Things and Alvin Ho: Allergic to Camping, Hiking, and Other Natural Disasters.

Alvin Ho: Allergic to Babies, Burglars, and Other Bumps in the Night

Brush of the Gods

I first began making picture books in kindergarten because my other career option at the time was stealing. But a life of crime requires practice and patience, neither of which I had, so I settled into industry, making what I coveted but what my parents could not afford to buy: beautiful books like the ones my teacher read to us in school.
Publishing was no problem in those days, not like it is now. By first-grade, I was my own publisher, making multiple copies of my books by hand. As for fame and fortune, I took care of that, too–I taught my brothers and the neighborhood kids how to wait in line for autographed copies, and I charged them 25 cents a book (an enviable paperback royalty today!), but also accepted candy.
By third grade, I had abandoned the literary scene. My parents had bought an old piano and signed me up for lessons and, thus, I began dreaming of becoming a world-famous concert pianist.
Then I came across a book on Maria Tallchief, and became a ballerina, just like that. I weighed only 40 pounds and could leap and pirouette all day without stopping. It was a lot easier than becoming a pianist.
Then I read a book about a surgeon, and one about a veterinarian, and another about a great tennis player . . . and I found myself wanting to become whatever I’d last read.
Eventually I grew up and became a newspaper reporter. It was the perfect job for me. I got paid to do the two things I loved most: writing and being curious. Working as a reporter taught me how to talk to people, how to find the story behind the story, and how to tell a story in a way that keeps a reader reading. I learned to listen to the way people talk. I learned to be precise and concise in my own choice of words. Best of all, the more I wrote, the more I was filled with a sense of wonder. I loved writing not only about what happens to people, but also about what happens inside of them, which is what writing for children is all about, but I didn’t yet know it.
It wasn’t until I became a mother and began reading children’s books again that I felt what the Chinese call yun fuen, a continuing of work begun in past lives. I had long forgotten my early foray into picture books, the thread I’d dropped in kindergarten, a thin rig, like the one a spider would use in rising. I had journeyed nearly 30 years down through space by then, unaware of my silken strand. Then one afternoon, with my two young children clamoring for something to do, I showed them how to fold paper into a book . . . picked up some crayons and a pen, and then . . . felt myself rising . . . returning to that place where I began, that brief age in which I had so many talents, and leapt and pirouetted into the sun, and could not stop.