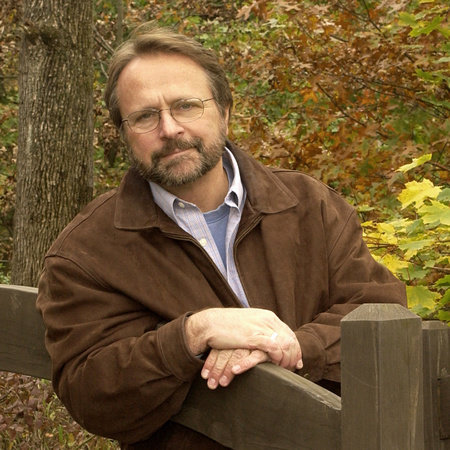 Born and raised in the remote heart of upstate New York, Jon Clinch has been an English teacher, a metalworker, a folksinger, an illustrator, a typeface designer, a housepainter, a copywriter, and an advertising executive. Teaching and advertising took him south to the suburbs of Philadelphia for many years, and only with the publication of Finn, his first novel, was he able to return to the kind of rural surroundings he’d loved from the start: This time, in the Green Mountains of Vermont. He is married to novelist Wendy Clinch, and they have one daughter.

If Ernest Hemingway was correct, and all modern American literature really does come from one book by Mark Twain called Huckleberry Finn, then we American writers struggle in the shadow of that Missourian every day of our lives. Why I chose to call attention to my own portion of that thankless effort is another question, and perhaps a revealing one.

Mainly, I was driven by the impression that all truly important stories gives us: That deep within their secret hearts lie great and lively things which would exist even if the stories did not. Truths, and ideas, and fully-formed characters whose lives stretch out in all directions, well beyond their creators’ momentary need to describe them. So it must have been for John Gardner, when he plucked his Grendel from Beowulf. So it surely was for Tom Stoppard, seeking Rosencrantz and Guildenstern around the narrative edges of Hamlet. And so it no doubt was for George MacDonald Fraser with Harry Flashman of Tom Brown’s Schooldays, for Geraldine Brooks with John March of Little Women.

In my case, the character who would not turn me loose was Mark Twain’s Pap Finn. He’d haunted me from my earliest childhood reading of The Adventures, where I saw him as the black shadow that informed everything evil in that troubling book. I wanted to know where he came from, how he grew to be the strange sad monster that Twain revealed to us, and how he met his brutal end in that floating house of death.

But as much as I wanted to engage with Finn, I did not desire to mimic his creator’s methods or language. It would have been an act of madness. And it would most certainly have failed.

So instead of dialect, I set my characters speaking in the flattest and least adorned tones I could manage. I stripped their language to the bone, simplified it and truncated it and pared it down to what seemed to me the very limit at which communication about things of importance is even possible. And in contrast to their speech I established a narrative voice that draws on the most formal and archaic of our traditions: The language and cadences of Herman Melville and William Faulkner and the King James Bible. I desired by means of this voice to give the impression that the story being told was enormously old and vastly true.

Although I refused to steal Twain’s voice, I did need to borrow a pair of crucial things from him: Setting and psychology. So I studied Huckleberry Finn and Tom Sawyer and Life on the Mississippi, which give us the river as he recalled it from childhood. And I consulted his magnificent Autobiography, which gives us Twain himself as a troubled and ultimately despairing adult. I clung to his words and his worldview because my goal was not to recreate the real Mississippi Valley of the 1840s, but to revive Twain’s personal and particular Mississippi Valley, reanimated by the darker forces that drove the man himself. As Huck was a step away from the boy’s-book world of Tom, I hoped that my Finn would complete the journey.