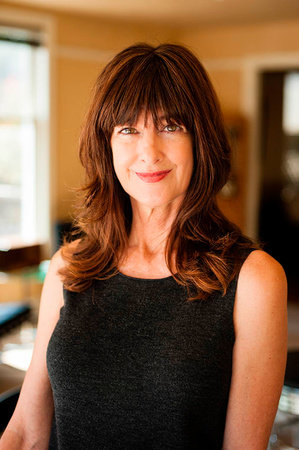 Janis Cooke Newman is the author of the memoir, The Russian Word for Snow, published in the U.S., Germany, and Australia. Her travel writing has appeared in publications such as the Los Angeles Times, Salon, the San Francisco Chronicle, and the Dallas Morning News. She lives in Northern California, where she teaches writing classes at the renowned independent bookseller, Book Passage. Mary is her first novel.

A Master Plan for Rescue

I like to say that Mary’s story found me. Or maybe it was Mary herself who found me. She did believe in ghosts, after all.

A few years back, on a visit to Washington, D.C., I took my eight-year-old son to Ford’s Theater and the boardinghouse where Lincoln was carried after he was shot. Crowded into the little back bedroom where Lincoln died, we listened as the ranger explained that as it became clear that Lincoln was dying, Mary threw herself onto the bed and began sobbing. Hearing the sound, the Secretary of War, Edward Stanton, came in and commanded, “Get that woman out of here!”

As soon as the ranger said the words, I felt as if I’d been punched in the chest, and I was overwhelmed with indignation. How dare he? I almost asked the poor man. How dare he throw her out while her husband is dying?

After that, I became obsessed with Mary Lincoln (her spirit at work?). Not only did I have to know more about this woman who had been both a president’s wife and a declared lunatic, I also had to know what she’d thought and felt every step of the way. It seemed that the only means of finding out (short of trying to call up Mary’s spirit in séance), was to write her story.

It was important to me that this book be as historically accurate as possible, both in recreating the extraordinary events of Mary’s life, and in describing the world in which she lived. To keep myself grounded in the time period, the whole time I was writing Mary — a three-year process — I read only books that had been written in the 1800s, or were about the period. To capture Mary’s unique voice — which was intelligent, dramatic, and often sharply humorous — I bought a collection of more than 600 of her letters and read a few every day before I started writing.