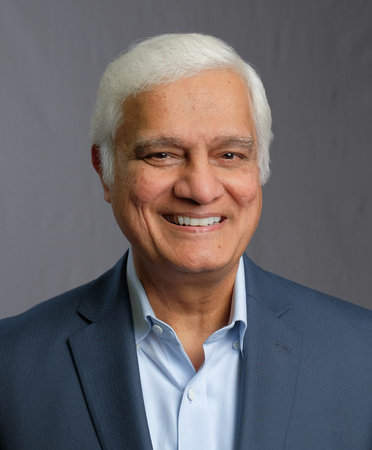 “I promise I will leave no stone unturned in my pursuit of truth.”

When former skeptic and seventeen-year-old Ravi Zacharias heard the words of Jesus in John 14:19, “Because I live, you also will live,” the trajectory of his life changed forever. In a time of helplessness and unbelief—when he was on a bed of suicide—the truth of Scripture brought hope to Zacharias, and he committed his life to Christ, promising, “I will leave no stone unturned in my pursuit of truth.” Earlier in John 14, Jesus says, “I am the way, and the truth, and the life.” This verse has become the cornerstone of Zacharias’ ultimate mission as a Christian apologist and evangelist: to present and defend the truth of Jesus Christ that others may find life in Him.

At age 71 he remains committed to his calling to represent the gospel of Jesus Christ through historical, philosophical, and moral foundations and to defend it against objectors with grace, clarity, and coherency. He has laid the framework of the truth of the gospel to millions of people in more than 70 countries, including on the campuses of some of the world’s most prestigious universities.

As Zacharias began speaking at churches and conferences and participating in open forums on university campuses worldwide, he noticed a significant need for ministry in the area of Christian apologetics—both in leading nonbelievers to Christ as well as in training and equipping Christian leaders to effectively share the gospel. This need led Zacharias to found Ravi Zacharias International Ministries (RZIM) in 1984, headquartered in Toronto, Canada, until relocating to Atlanta in 1985, to reach and challenge those who shape culture with the credibility of the gospel of Jesus Christ. In 2017, his vision to establish an apologetics training center in the United States with global reach was realized with the launch of the Zacharias Institute in Atlanta.

RZIM has fifteen offices throughout the world in the United States, Canada, Peru, Kenya, South Africa, the United Kingdom, Austria, Spain, Romania, Macedonia, Turkey, Singapore, Hong Kong, India, and the Middle East. Through its global team of speakers and more than 200 employees worldwide, RZIM seeks to impact the heart and intellect of society’s thinkers and influencers through:

Evangelism: RZIM shares the gospel through its global team of over 80 speakers and experts as well as its radio and television programs, podcasts, and publications that reach listeners and readers around the world.

Apologetics: A team of evangelists and trained RZIM speakers participate in open forums, speaking engagements, panels, and debates to answer objections to Christianity with gentleness and respect.

Training: RZIM hosts a range of programs and courses in the US, UK, India, Singapore, and online, which are designed to instruct and equip all who desire to effectively contend for the Christian worldview.

Zacharias has spent the past 45 years commending the Christian faith and addressing life’s great existential questions of origin, meaning, morality, and destiny with eloquence and grace. He fully believes the truth of Jesus Christ can endure the toughest critiques and philosophical attacks. He has authored or edited over 25 books in the fields of theology, apologetics, comparative religion, and philosophy.

Zacharias and his wife, Margie, have been married for 45 years and have three grown children. They reside in Atlanta.

The Lotus and the Cross

The Lamb and the Fuhrer