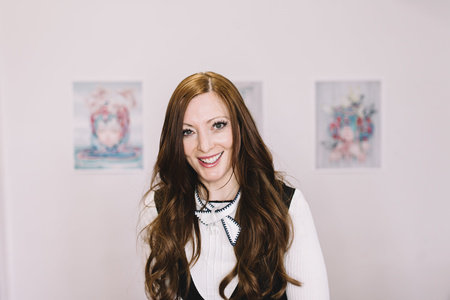 CAMILLA d’ERRICO is a painter and manga artist whose client list includes Dark Horse Comics, Image Comics, Tokyopop, Hasbro, Disney, Sanrio, and Neil Gaiman. Her own characters and properties, Tanpopo and Helmetgirls, are international sensations and her emotive paintings have propelled her to the top of the ranks of the Pop Surrealism art movement. In 2011, she was nominated for both a Joe Shuster Award and a Will Eisner Ward–the two most prestigious awards in comics. She is the co-author of Pop Manga and the author of Pop Painting, Pop Manga Coloring Book, and the forthcoming Pop Manga Drawing.

Femina and Fauna: The Art of Camilla d’Errico (Second Edition)

Femina and Fauna: The Art of Camila d’Errico Volume 1