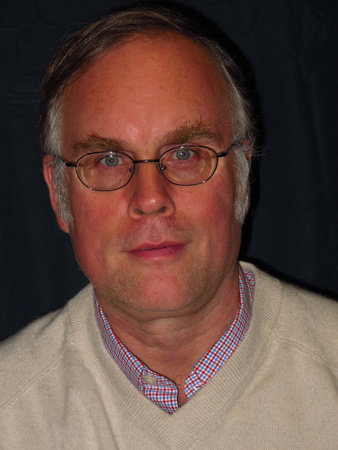 John Elder Robison is a world-recognized authority on life with autism, and the New York Times bestselling author of Look Me in the Eye, Be Different, and Raising Cubby. Robison is the neurodiversity scholar in residence at the College of William & Mary, and he serves on the Interagency Autism Coordinating Committee, which produces the U.S. government’s strategic plan for autism spectrum disorder research. A machine aficionado and avid photographer, Robison lives with his family in Amherst, Massachusetts.

Look Me in the Eye

In 2007, at the age of fifty, John Elder Robison published his first book, Look Me in the Eye. It would go on to become a best seller, make him a highly sought-after speaker on autism, and inadvertently send him to discover another part of himself. In the wake of that book’s success, he began to speak publicly about autism, becoming College of William & Mary’s Neurodiversity Scholar in Residence, appearing at conferences, and conducting autism workshops. It was at one of these workshops where he was approached by researcher Dr. Lindsay Oberman.

Oberman’s team was working with TMS, or transcranial magnetic stimulation, a procedure that had been shown to reduce depression by using magnetic fields to stimulate nerve cells in the brain: they believed that TMS could also be used to improve emotional intelligence in autistic people and they were looking for adult volunteers that they could study the effects on. There was a catch however: because the procedure is still an experimental one and has not been approved for treatment, once the study ended, it too would end, and the effects would likely fade. Robison signed on.

Eight years before publishing Look Me in the Eye, he had been diagnosed with Asperger’s Syndrome, placing him on the DSM’s autism spectrum and granting him a new sense of freedom: “I’d grown up knowing I was different but having no idea why” he writes in his latest memoir, Switched On. “My discovery of how and why I was different was so empowering and liberating that I felt compelled to share my story with the world.” What follows in this book is a second tale of learning to see anew, of what it’s like to revisit an entire life with the ability to read emotions for the first time, and then to lose that ability. His new emotional intelligence radically changed his relationships, the way he ran his high-end auto repair business, and even his artistic side, with consequences to both his photography and the musical skills he had left behind many years earlier.

Penguin Random House spoke with Robison about what it was like to find himself, again.

PENGUIN RANDOM HOUSE: As an introduction for our readers, can you explain a little bit about what TMS is?

JOHN ELDER ROBISON: TMS works by the principle of electromagnetic induction. They energize coils and then use those electric fields to target specific areas of the brain.

The field generated by the electric magnet travels through the scalp and skull and it induces tiny electrical signals in the neurons in the outer layer of the brain. The brain is basically an electrical organ so treatments in the past have mostly been founded upon putting chemicals into pills, that would travel through the bloodstream, put chemicals in your brain and then would alter the connections between neurons. You might think about that as if your car needs oil, a little light comes on and you pour oil all over the car. Because if you have a problem with connectivity between specific neurons and you treat them all, then the other stuff that happens is the side effects. With TMS you are able to deliver treatment right to the brain and not to the whole body and you are able to target specific areas, not the whole brain. And TMS is energy delivered as opposed to chemicals, so there’s less risk of side effects.

PRH: Why did you agree to try TMS?

JER: First of all, I was fascinated by the technology because I had worked with that technology with sound systems at concerts, with sonar sounds systems, with laser-powered systems, and I was familiar with the technology and comfortable with it, and I was intrigued that it could be applied as a medical therapy for the brain, and I thought: cool, why haven’t people been doing this for 25 years? And I guess the answer is that we haven’t had enough knowledge of the brain to just reach the targeted areas.

PRH: Did you have any preconceived notions before starting?

PRH: In your book, one of the first ways TMS affects you is via music: you hear songs you knew in your younger years and after the treatment you suddenly hear them as infused with meaning. How do you hear music now?

JER: There were two things that happened. One was that I used to hear music with a lot of detail, I could tell one guitar from another, I could tell who was singing in which parts, if there were three or four backup singers I could hear each one individually, and that was a great gift to me for engineering music when I was younger. At the time I assumed anyone who was producing music could do that. Now I realize it’s a rare gift and that it’s associated with autism.

When I moved away from that industry, it faded because I didn’t use it anymore. The first things that struck me after TMS was the richness and the complexity of music again. The second thing is that it was overlaid with this layer of feeling which I had not previously perceived. It was a transcendent and overpowering experience, it was really remarkable. I think that the real brilliance of that night [after TMS treatment] faded by morning, but I hear music with more brilliance and clarity now. Or maybe I don’t, maybe that one night’s experience just changed music for me. But it changed music for me in a good way.

PRH: Your description of your nighttime hallucinations was particularly striking. As were the strong emotions you had at your shop the next morning, when you are moved to tears by how beautiful one of your employees appeared to you. As someone who has experienced TMS firsthand, what do you think the relationship between memory recall and emotion is?

JER: One association between memory and emotion that really struck me after the TMS was how, after the stimulations, I saw so many of my memories in a different light, and things that I thought were funny when I had taken part in them, suddenly with the clarity of TMS I realized I was the one they were making fun of and suddenly it wasn’t funny anymore, it was hurtful and sad. Some of my memories were spoiled. So I guess TMS caused me to see many of my memories in a wholly different way and in many ways it was sad but at the same time it was reflective of my experiences.

What I was moved by that day was the realization that I had never before expressed a feeling like that in my mind. For many autistic people the thought that a person has beautiful eyes isn’t a thought you would have. Some do but I’m one of the ones who don’t. A thought like that had never come to me before in my life and that was what was overwhelming about it.

PRH: You write that in the end, most of the TMS effects faded. I love that you say the knowledge you gained from those days is now a useful tool in your life. How is this so?

JER: I used the analogy of color blindness in my book. All your life you’ve heard people telling you about a pretty blue sky and beautiful green grass and a lovely red dress, and to you it’s all just shades of gray.

You eventually become angry when you hear things like that because the words are inconsistent with your reality. Then imagine you go into a doctor’s office and he switches something on and you walk off and you think: Holy shit, the grass is green, the sky is blue, those people weren’t bullshitting me.

Now you know about it because you’ve experienced it firsthand and you know that it wasn’t said to you as a provocation, and now you’re going to conduct your affairs in the light of that experience. So now I conduct my life in the light of those experiential affairs: even if I can’t see them now, I know they’re there and I act accordingly.

PRH: What were some pleasant surprises and some unexpected difficulties?

JER: I think the pleasant surprise was I became able to interact successfully with the vast majority of people, whereas before many of those interactions would go bad. But seeing friends and other relationships in a different light and having many of the relationships in my life turned upside down was a tremendous disruption which was rather unexpected.

I’m glad that I did it, I think that what I did made a small contribution toward helping advance science that will ultimately help a great many people. I think my life has been improved, I think there has been a cost to it but that I’ve gained from it as well.

PRH: Did you write while you were undergoing TMS?

JER: I did. In fact the book is based in large part on the emails and notes I wrote at the time of the stimulations. I wrote several-thousand-word notes on the effects the stimulations were having to the scientists. Those stories in the book are not my modern-day interpretation of what happened several years ago, they’re just modern transcriptions of those days. [Reading those words now] reminds me of the tremendous power and impact that these TMS experiments had on me. By and large it was a time of excitement, and discovery; there were sad things but there was a great deal of wonder in it, too.

JER: Not that I can see. There is specifically a section in the back that talks about my art. I would say that my photography is more saturated, more sharply defined, viewers think it’s more real, it’s simpler, brighter, more colorful, more in your face. What’s curious is that the less real it becomes, the more real people think it is, [particularly] in respect to some of the circus, and outdoor scenes. [Doing photography now] doesn’t feel any different but the effect is different.