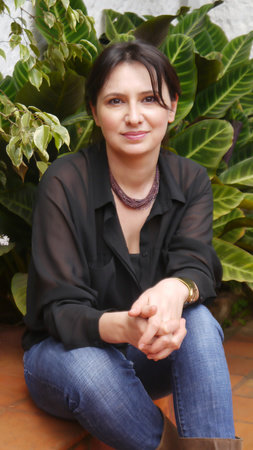 Sana Krasikov is the author of the novel The Patriots and the collection One More Year. She’s been a finalist for the PEN/Hemingway Award and The New York Public Library’s Young Lions Fiction Award, and won the Sami Rohr Prize for Jewish Literature. The National Book Foundation named her one of its 5 Under 35 in 2008. For The Patriots she was selected as one of 2017’s Best of Young American Novelists by Granta, and won the French Prix du Premier Roman for best new novel in translation. Krasikov’s fiction has appeared in The New Yorker, The Atlantic, The Virginia Quarterly and other journals. She also writes and edits for podcasts, including the narrative international show Rough Translation on public radio.