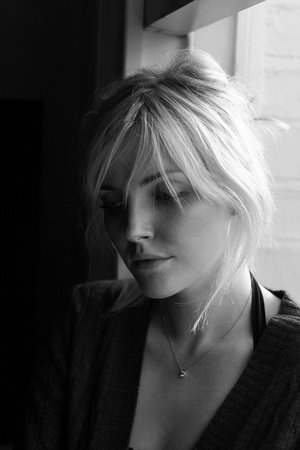 Sophie Dahl began her career as a model, but writing was always her first love. In 2003 she wrote an illustrated novella called The Man with the Dancing Eyes, which was a Times bestselling book. This was followed by a novel, Playing with the Grown-Ups, published to widespread praise by Bloomsbury in 2007. Dahl is a contributing editor at British Vogue. She has also written for US Vogue, Waitrose Food Illustrated magazine, the Observer, the Guardian, and the Saturday Times Magazine, among others.

A devoted eater and cook, she wrote a book chronicling her misadventures with food, Miss Dahl’s Voluptuous Delights, published by HarperCollins in 2009, which was her second Times bestseller. Following on the success of Voluptuous Delights, Dahl wrote and presented a popular BBC2 six-part cooking series, The Delicious Miss Dahl, which aired in numerous countries all over the world.

Dahl lives in England, where she continues to work on her journalism, fiction, and baking. Visit www.sophiedahl.com.