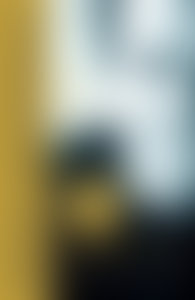 Peter Bodo is one of the most well-known journalists writing on professional tennis, as well as an avid outdoorsman who has written extensively about fly-fishing, deer hunting, and conservation and environmental issues. Born in Austria to Hungarian parents, he and his family immigrated to the United States in 1953, when Bodo was four. He grew up in New York and suburban New Jersey and began to write about tennis during the “tennis boom” of the 1970s. Since then, he’s covered every major tennis tournament, and has gone on assignment to locales such as Beijing, Monte Carlo, Ecuador, Moscow, Hawaii, and Australia. He was the winner of the WTA writer of the year award in 1979 and in 1981. His pioneering weblog at Tennis.com, Peter Bodo’s TennisWorld, is widely read by an international audience. While tennis has been the dominant theme in Bodo’s professional life, he’s covered events as diverse as the Ali vs. Foreman “Rumble in the Jungle” heavyweight title fight, a NCAA Final Four tournament, Major League Baseball, world-class soccer matches, the Indianapolis 500, NFL playoffs, and pro bass-fishing events. Bodo also was a principal “Outdoors” columnist for the New York Times, and a columnist for the Atlantic Salmon Journal. He’s written a number of books about his experiences as an angler and hunter, including a picaresque novel with a fly-fishing theme, The Trout Whisperers. Bodo divides his time between New York City, where he lives with his wife, Lisa, and son, Luke, and their farm in the Catskill town of Andes, New York.