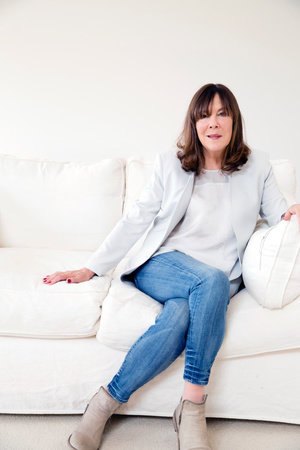 Amy Ephron (www.amyephron.com) is a bestselling author of books for children and adults. The Castle in the Mist, her first book for young readers, was nominated for a SCIBA Award, and was followed by Carnival Magic and The Other Side of the Wall, all part of the Other Side series. Ephron is also the author of several adult books, including A Cup of Tea, which is an international bestseller. Her novel One Sunday Morning received the Booklist Best Fiction and Best Historical Fiction of the Year awards and was a Barnes & Noble Book Club selection. She also writes for TIME magazine and Air Mail Weekly and was a contributor at Vogue, Vogue.com and The New York Times T Magazine. Her work has appeared in numerous other publications as well. She was Executive Producer of Warner Bros.’ A Little Princess. She lives in Los Angeles with her husband. Between them they have five children. You can follow her on Facebook, Twitter and Instagram @AmyEphron.

The Other Side of the Wall

The Castle in the Mist