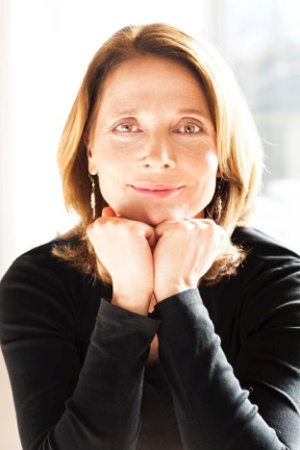 “This is the first day I’ve written in a diary. The reason I am, is ‘cos I love writing stories, and if I do grow up to be a famous writer, and later die, and they want to get a story of my life … I guess I should keep (one).” SUSIN NIELSEN wrote this poorly constructed sentence when she was eleven years old. And while she isn’t exactly famous (although she likes to think she’s ‘Big in Belgium’), and no one has written the story of her life (maybe because she isn’t dead yet), she did predict her future.  She got her start writing for the hit TV series Degrassi Junior High, and went on to write for over twenty Canadian shows. More recently she turned her hand to novel writing. She is the author of five critically-acclaimed and award-winning titles, including Optimists Die First (long-listed for the UKLA 2018 award), We Are All Made of Molecules (winner of the Ruth and Sylvia Schwartz Award and long-listed for UK’s Carnegie Medal), Word Nerd (winner of multiple Young Readers’ Choice Awards) and The Reluctant Journal of Henry K. Larsen (winner of the Governor General’s Literary Award, the Canadian Library Association’s Children’s Book of the Year, and the UK Literacy Award). Rolling Stone magazine put The Reluctant Journal at #27 in their list of “Top 40 Best YA Novels.”

Nielsen has been called ‘The John Green of Canada’ (and she once had a dream that he had been called ‘The Susin Nielsen of the United States’). Her books have been translated into many languages. She lives in Vancouver, BC with her family and two naughty cats.

We Are All Made of Molecules