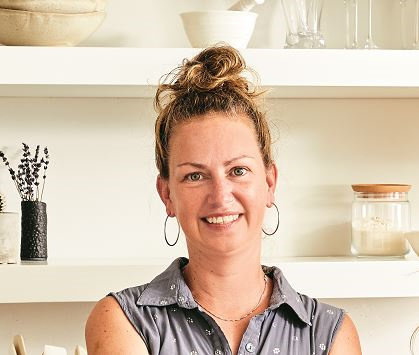 BETTINA SCHORMANN learned to bake while cooking in tree planting camps across Canada. In 2006 she became a Red Seal Pastry Chef and won Pastry Chef of the Year from the Ontario Hostelry Institute. She has studied in France and was a stagiaire in some of the best restaurants in the world including Gramercy Tavern, Craft, and Per Se in New York City. She is the co-author of Earth to Table: Seasonal Recipes from an Organic Farm and Earth to Table Every Day: Cooking with Good Ingredients Through the Seasons. She is also the co-owner of three Earth to Table: Bread Bar restaurants, two in Hamilton and one in Guelph, Ontario. She lives in Hamilton with her partner, Tom, her daughter, Eleanor, and her lovely old dog, Bruce.

Earth to Table Every Day