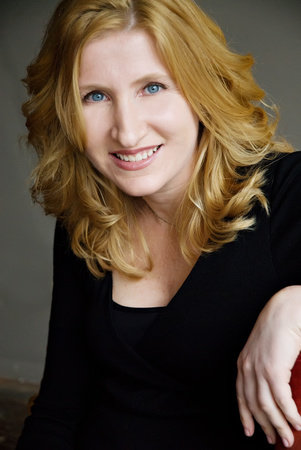 My grandfather, Orlando Bianco, was a blonde-haired, blue-eyed, quiet Italian. Yes, those do exist. But like the stereotypical Italian who prefers a good glass of red wine with his pasta and gestures way too much with his hands, he had a fiery temper. He’d lounge in his rocker on the front porch of his home on Seventh Avenue in Seaside Park, New Jersey, and I remember him getting upset more than once when I’d leave for the evening wearing pants that were much too tight for his liking.

Sometimes it’s hard to believe our grandparents were ever our age. I explored this generation gap in my novel, Sleepless. Eron is a Sandman who died in 1910. He is very much like my grandfather. In fact, Eron’s history is taken from a story my mother told me about my grandfather’s past, one I never knew while I was traipsing about town in those too-tight pants. My grandfather had come over to this country from Italy with his mother when he was only a few years old. Neither of them spoke English. A marriage had been arranged in Newark, New Jersey. My grandfather was brought into a family with several stepsiblings, none of whom was happy about the arrangement. They ignored him on good days, treated him horribly on bad ones.

I was told that he left school in sixth grade. That he worked for a jeweler. That he met my grandmother and married very young. That he eventually started his own successful oil company and bought that seaside home. That he was also quite the adventurer before he resigned himself into that rocking chair on the front porch. I knew him as the guy who saved everything, even large jars of pop-up turkey timers in the garage, in case he could find another use for them. Who thought most TV was trash and would only watch Lawrence Welk and Golden Girls reruns, at wall-shaking volume. But he had this whole other life before I came around, one that I never knew about until he was gone. I think maybe if I had learned more about him, I would have understood that he was a product of his time. That actually, when you looked at it through his eyes, through his experiences, all of his weird behavior made sense.

If there’s one memory I have of my grandfather, it was one night when the whole family was together, playing a card game called Michigan Rummy for pennies. The old wisdom was that if you want luck, you needed to walk around your chair, clockwise, three times. After the cards were dealt, my grandfather looked his over, sighed, then silently threw his cards down and started walking around his chair. He was such a practical person so that was my first indication of how even the people closest to us can surprise us. No, my grandfather didn’t have a very happy youth, and his life was one in which the things that mattered most were seemingly insignificant, like pop-up turkey timers and the clothing choice of his granddaughters. But maybe, I realize now, they’re not so insignificant. And maybe, wherever he is now, he’s finally reaping the good fortune of that walk around the chair.