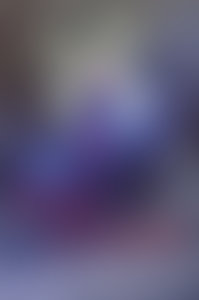 Thomas E. Sniegoski is a full-time writer of young adult novels, urban fantasy, and comics. His works include The New York Times bestselling Fallen series, the Remy Chandler novels, the graphic novel The Raven’s Child, as well as contributions to famous comics such as Batman, Buffy the Vampire Slayer, and B.P.R.D.

Sign me up for news about Thomas E. Sniegoski and more from Penguin Random House

A Deafening Silence In Heaven

Walking in the Midst of Fire

In the House of the Wicked

Writer of all kinds of stuff, collector of comic books, books, DVDs and stuffed monkeys, married to a saint and have recently adopted the anti-Christ in the form of a French Bulldog puppy named Kirby, and a pretty nice guy, except when angry… you wouldn’t like me when I’m angry.

All of your work—comics, kid’s books, YA novels, adult novels—has been in fantastical genres. Were these the kinds of stories that you’ve always read yourself? Any favorites that you’d like to shout-out?

Have always been drawn to the fantastic. Even as a child I had very little interest in anything… how would my Mother put it? Normal. My favorite book growing up was Where the Wild Things Are, but didn’t stay with the kids stuff very long. I went from Wild Things, right into Doc Savage, and from there to comic books, and there was no turning back.

With your New York Times bestselling YA series The Fallen, and the Remy Chandler novels, you were “doing” angels long before angels were the new vampires. What was your initial inspiration?

I was raised Roman Catholic, so every Sunday I would find myself at the nine o’clock mass, and at the church my family attended, there was this great big ceiling painting of the arch angel Michael, wearing armor, with his wings spread and fiery sword raised, and he was standing on the head of a man, whose body gradually morphed into the body of a serpent. Now, I didn’t know it then, but this painting depicted an epic battle between Michael and Lucifer… and it changed the way that I perceived angels. I’d always been told, and seen on TV or movies, or greeting cards that angels were these nice creatures… pretty ladies with cottony white wings, wearing fancy night gowns, or chubby little babies in diapers. Looking up at that ceiling one Sunday morning, I didn’t see cute, or fluffy… I saw something fearsome, and I think something just clicked inside my brain.

Even I, your editor for Remy, am not entirely clear on the similarities and differences between the angelology of The Fallen and that of Remy’s world. Educate us!

The major difference between the worlds of The Fallen, and the Remy Chandler books is my depiction of Hell, and Lucifer. In The Fallen books, Hell isn’t a place, but a state of mind… the ultimate punishment delivered unto Lucifer for starting the war in Heaven. Hell is all the pain that he caused… all the suffering and misery, and it’s been placed inside of him, and his punishment is that he has to live with this churning miasma of horribleness imprisoned at his core, until he is granted forgiveness by the Creator. Lucifer in The Fallen books is a pretty nice guy, he knows he screwed up, and just wants to live is life until it’s time to go home—to Heaven. I describe him as sort of like the Dude, from the Big Lebowski. Now, Hell in the Remy books is something else altogether. Hell is a nasty place where a great, fortress prison was built (Tartarus) where all the angels that rebelled against God were placed after the war. Hell is the horrible landscape all around the great prison. And the Remy version of Lucifer is quite different, he isn’t evil per se, but he does have pretty big grudge against God for what was done to him after the war. Don’t want to say too much because I’m still in the process of revealing important stuff as it pertains to Lucifer in the Remy books. I’ll just say that Lucifer will be a relatively major element in future Remy novels. I will say no more.

What’s the best review or reader comment you’ve gotten on the Remy novels? The worst?

That A Kiss Before the Apocalypse made them cry. I find it amazing that something that I wrote, could actually move somebody to tears.

The worst? That they hated the Remy books, and would never read them again because my depiction of angels, and God was wrong. They said that I made God in my books a big jerk, and we all know that isn’t true.

What question that you are never asked would you like to answer?

Why monkeys? What’s your fascination with the hairy, little critters? It probably comes from the fact that I worked in an animal research lab when I was in college, and had many adventures in regard to caring for the sometimes nasty, beasts. Let’s just say that they have opposable thumbs, and sometimes let themselves out of their cages, and leave it at that.

What’s next for Remy?

I don’t think things will ever be easy for poor Remy. He’s developed a sort of truce with his harsher, more angelic nature, but that’s just going to open up a whole other nasty can of worms. He has a new relationship, with Linda Somerset, and that’s going to prove to be very interesting… and his friendship with Stephen Mulvehill, well, that’s seriously going to be tested. And there will also be some pretty nasty supernatural threats rearing their ugly heads, as well as more stuff to do with the intensifying tensions between Heaven, and the restored Hell. Let’s just say there are lots of really cool things to come.

What’s next for Tom Sniegoski? If your fans want to stalk you, where should they be?

They can visit me at my website and if so inclined, email me with all sorts of questions about angels, Remy, and what it’s like living with the anti-Christ in the shape of a French Bulldog named Kirby.

Remy’s latest, A Hundred Words for Hate, hits stores on March 1st, the first of my original novels based on the award winning comic book series, BONE, (Bone: Quest for the Spark) just recently landed in stores, and I’m currently writing the latest in my Fallen series… The Fallen: End of Days.

Finally—for reasons that I can’t remember, we ask all of the authors that we interview this—what’s your favorite word?