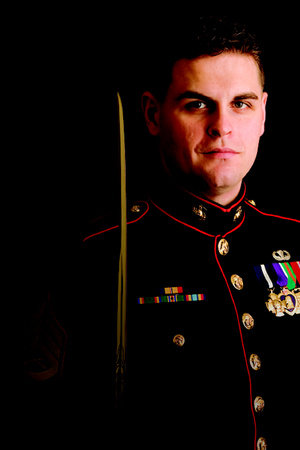 Jeremiah Workman, an eight-year combat veteran of the United States Marine Corps, received his honorable discharge as a staff sergeant in 2009. He is the recipient of the Navy Cross, the second highest medal for valor. Workman has been profiled in The Washington Post and USA Today, has appeared on Fox News and CNN, and spent a month in 2008 traveling the country as a featured speaker with the Vets for Freedom National Heroes Tour. His final assignment in the Marine Corps was with the Wounded Warrior Regiment, helping injured veterans. He lives in Virginia with his wife and young son.

Shadow of the Sword