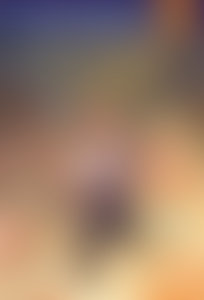 Eric A. Kimmel was born in Brooklyn, New York, in 1946. After graduating from Lafayette College in 1967, he worked as a teacher and librarian in New York and the United States Virgin Islands. In 1973 he completed his doctorate in education at the University of Illinois. He and his wife Doris live in Portland, Oregon, where Dr. Kimmel was formerly Professor of Education at Portland State University.

A noted storyteller, Dr. Kimmel has performed for children and adults throughout the United States. He is a nationally known authority on literature for children, as well as a frequent contributor to Cricket magazine. His many interests include bird watching, baking bread, brewing beer, spinning, traveling by train, and riding horses. His latest accomplishment is learning to play the banjo.

“I love old things: old books, old pictures, old tools, old songs, and especially old stories. My earliest memories are of my grandmother telling me stories she remembered from her own childhood in Europe. The best present I ever received was a volume of Grimm’s Fairy Tales, which I loved so much that I literally read it to pieces. Somehow, I always knew that I was going to be a writer when I grew up, and that I would share the stories I loved so much with others.

“Sometimes someone will say, ‘But you changed the story!’ Of course I did. I always do. So does every storyteller. Stories aren’t dead relics, preserved in a jar or stuffed and put into a glass case for people to gawk at. They are alive, and like all living things they grow and change. You are not the same person you were yesterday. You are not the person you will be tomorrow. So it is with stories. They change each time they are told. They change with each teller. They change as they move across continents and generations. That is why I find being a teller of tales so exciting. It allows me to add something of myself to each story, just as each story adds something of itself to me.”

Eric Kimmel is well known for his humorous original tales, including Hershel and the Hanukkah Goblins. He lives in Portland, Oregon.

Sign me up for news about Eric A. Kimmel and more from Penguin Random House

Books by Eric A. Kimmel

A Picture for Marc

A Horn for Louis

I Took My Frog to the Library

Books by Eric A. Kimmel published by Holiday House

The Adventures of Hershel of Ostropol

Hershel and the Hanukkah Goblins

More Series From Eric A. Kimmel