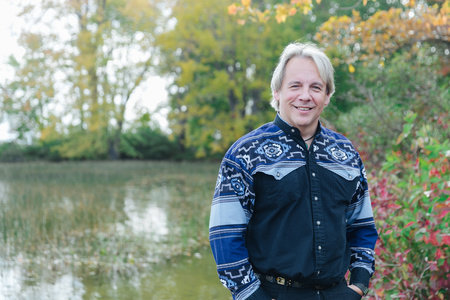 An Ojibway from the Curve Lake First Nations, Drew Hayden Taylor has worn many hats in his literary career, from performing stand-up comedy at the Kennedy Center in Washington, D.C., to lecturing at the British Museum on the films of Sherman Alexie. Over the last two decades, he has been an award-winning playwright (with over seventy productions of his work), a journalist/columnist (with a column in several newspapers across the country), short-story writer, novelist and scriptwriter (The Beachcombers, North of Sixty, etc.), and has worked on seventeen documentaries exploring the Native experience. In 2007, Annick Press published his first children’s novel, The Night Wanderer: A Native Gothic Novel, a teen story about an Ojibway vampire. Last year, his non-fiction book exploring the world of Native sexuality, called Me Sexy, was published by Douglas & McIntyre. It is a follow-up to his highly successful book on Native humour, Me Funny.