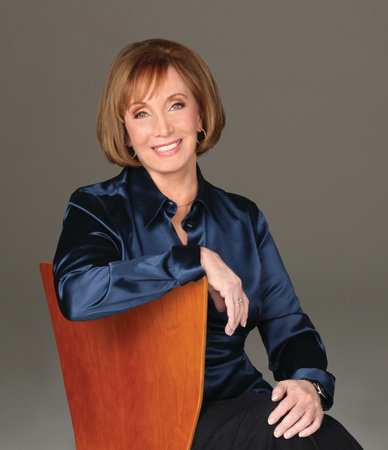 Julie Garwood is among the most critically acclaimed—and popular—romance authors around, published in thirty-two languages worldwide with forty million copies of her books in print. She is the #1 New York Times bestselling author of numerous novels including Wired, Fast Track, Hotshot, Sweet Talk, The Ideal Man, Sizzle, Fire and Ice, Shadow Music, and Shadow Dance. She lives near Kansas City.

Julie Garwood, author of KILLJOY, talks about what she does when she’s not writing?

I learned a long time ago that there simply aren’t enough hours in the day to get everything done, and so I try to keep my priorities straight. Family always comes first, of course. I’ve got three great kids, and I come from a large Irish Catholic family, so there are lots and lots of relatives. There’s usually something fun going on, like graduations and weddings and births. I try not to miss any of those special celebrations.

I also have great friends. We laugh a lot, and we all share the same passion for good books.

I love to travel, especially when it involves research for my next book.

And then there’s always paperwork to catch up on, e-mails to answer, and readers to visit with on my website.

Life is never boring, and I think it’s important to value the time we have. One of my heroes is Ralph Waldo Emerson. I have a passage from one of his essays printed and framed on my office wall. It’s his definition of success, and I think he’s got it right.

“To laugh often and love much; to win the respect of intelligent persons and the affection of children; to earn the approbation of honest citizens and endure the betrayal of false friends; to appreciate beauty; to find the best in others; to give one’s self; to leave the world a bit better, whether by a healthy child, a garden patch, or a redeemed social condition; to have played and laughed with enthusiasm and sung with exultation; to know even one life has breathed easier because you have lived—This is to have succeeded.”

PENGUIN RANDOM HOUSE: You’ve written more than two dozen novels, almost all of which have gone on to become New York Times bestsellers. It’s clear that your inspiration is boundless – but how do you determine from book to book which story to tackle next?

JULIE GARWOOD: I usually have a dozen story ideas running through my head at any given time, but eventually there will be one that fights its way to the front – the one that I can’t stop thinking about. In the case of Fast Track, I had already introduced the main characters, Aiden and Cordie, in a couple of other books. It was inevitable that these two would get together. I just didn’t know how. I actually thought about them for several years, and then their story just came to me. Generally my books begin with one scene. I see it playing out, and then I begin to ask questions about who is in the scene and what happens next. From there the story unfolds.

PRH: At the center of Fast Track exists a rock-solid father-daughter relationship. What is it about this kind of relationship that makes it the perfect springboard for such an emotionally charged, complicated story?

JG: I love to write about families. To me, the dynamics and emotions among family members always make for interesting stories. Some family relationships are loving and happy, and some are toxic. I’ve written about almost every type, from a sociopathic mother with no motherly instincts in Killjoy to a close-knit New England brood in my Buchanan books. Cordie’s bond with her father was a strong and caring one. He was the only family she had, and she was devoted to him, so when she discovers a painful secret from his past, she instinctively wants to do something about it.

PRH: Where did you find the inspiration for this particular story’s intricacies – the mysterious roots, the complicated familial ties, the dangers and benefits of such ties?

JG: As I said, it took me a while to know Cordie’s and Aiden’s story, but I finally found it in Murder List, the book in which these two first appeared. In that story I describe Cordie as a woman who is a contradiction because she’s beautiful and feminine but also comfortable working on a car, the result of being raised by her father after losing her mother at a young age. I knew the relationship between father and daughter had to be pretty special, but I didn’t know anything about the mother. When I began to explore her character a little more, I found out what happened to her, and it became a really intriguing story that would put Cordie and Aiden together in the right place at the right time.

PRH: If a reader were coming to your novels for the first time via Fast Track and, naturally, wanted more after the conclusion of Cordie and Aidan’s story, which of your books would you recommend he or she pick up next?

JG: I’d recommend they look at Murder List and Fire and Ice. These two books precede Fast Track and are about Cordie’s best friends, Regan and Sophie.

PRH: Any thoughts on where your next book will start off?

JG: I’m working on it now. It’s a little early to tell much, but I can reveal that it’s about a young woman whose dreams have been taken away by a family crisis. She’s put up so many shields in her life she doesn’t believe she needs anyone … and then she meets the man who is going to change everything.