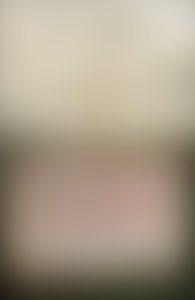 Seamus McGraw is a full-time writer who has seen his work published in Playboy, Reader’s Digest, Penthouse, Radar, Spin, and The Forward. He has received the Freedom of Information Award from the Associated Press Managing Editors, as well as honors from the Casey Foundation and the Society of Professional Journalists. McGraw is currently working on a documentary trailer about his family’s experiences with the Marcellus shale. He grew up pitching hay and spreading manure on the same fields the gas companies are now prospecting. He still lives in the woods of northeastern Pennsylvania with his wife and four children.

The End of Country

Seamus McGraw is an award-winning journalist who has been published in Radar, The Forward, and Playboy, among others. His incredible book, The End of Country, is about what happened when the natural gas industry landed in his hometown in a remote corner of Pennsylvania in 2007. A battle began between corporate America and low-income homesteaders for control of one of the richest natural gas deposits in the world: the Marcellus Shale, worth more than one trillion dollars.

Though the natural gas was extracted through a controversial process known as hydrofracking — which poses a risk of tainting the land with toxic chemicals and contaminating the water supply by gas — many couldn’t resist the offer to lease their land in exchange for the promise of untold riches. This is a memorable account of greed and hubris, but also of hope and family.

Recently, McGraw had time for a lighthearted chat. Here are his amusing opinions on Playboy, baseball, music, and, of course, books.

PENGUIN RANDOM HOUSE:What are you reading?

Seamus McGraw: My wife, who exclusively reads thrillers, went to the library the other day and I asked her to surprise me. She came back with David Sedaris’ When You Are Engulfed in Flames because she figured he had enough syllables in his last name for me to take him seriously. I’m enjoying it.

SM: I’ve never made it all the way through Finnegans Wake, but if I admit that to my mother, she’ll have the family bust me all the way down to a Welshman.

PRH:Seriously … do you read Playboy for the articles?

SM: I really do, but that’s because I kind of prefer women who look vaguely like real women. I mean, most of the women in my past have barely been touched by a hairbrush let alone an airbrush. Actually, when I first started writing for them from time to time, my youngest daughter was still an infant. When the first issue came in the mail, my wife hid it. I asked her why and she explained that she didn’t want Seneca to be exposed to it because it would lead her to body-image issues. I told her I agreed with the sentiment, but I pointed out that Seneca was still breastfeeding and that as far as she was concerned Playboy might just as well be a menu.

PRH: What book are you always trying to get people to read?

SM: Seriously, for the past four years, I’ve been trying to get everyone I know to read or reread The Grapes of Wrath.

SM: My wife was the first female baseball columnist for The New York Post. I, on the other hand, have very little interest in watching fat juicers chase little balls around a fake-grass field in their pajamas, no matter what city they visit for home games.

SM: My father-in-law left one of Glenn Beck’s books here once … Give me a minute to compose myself …

This post originally ran on Liz & Gianna’s Adventures in Bookland.