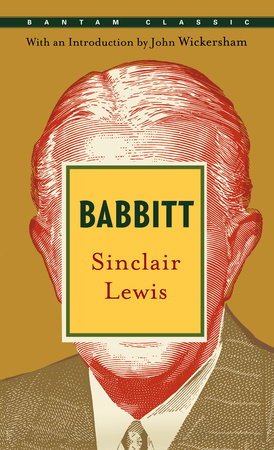 1. Some critics of Babbitt felt Babbitt was a type, not a fully presented character, and accused Lewis of being too negative to offer any redemption for his hero. Do you agree?

2. Do you think this is a straight satire of American life, or was Lewis striving for something more? If Lewis was attempting something larger, did he succeed?

3. Note Babbitt’s many gadgets. What does he think they say about him? How do his peers view these gadgets and, by extension, Babbitt himself?

4. Note the instances of music, poetry, and art throughout the novel. How does Lewis introduce these instances? What characters truly appreciate the arts, if any? Does Babbitt understand the arts? If not, do you feel he is on his way to appreciating these things?

5. Some critics compare Babbitt to T.S. Eliot’s epic poem The Waste Land. Can you find any comparable themes or passages within Babbitt? If so, why do you think Lewis did this?

6. At the end of the novel, do you think Babbitt will truly change his views and habits or creep back into his old routine? If he doesn’t change, what do you think stopped him?

7. Consider Zenith’s sources of morality and “model” behavior; Dr. Drew’s church, the Booster’s Club, and the Republican Party. What is Lewis saying about these three entities? Is their dynamic different from say “the Bunch” Babbitt finds himself in later in the novel? In what ways are they similar or different?

8. Study the women in the novel, namely Myra, Zilla, Tanis, and Verona. In what ways do they interact and serve Babbitt throughout the novel? What qualities do they have that Babbitt does not?

9. Consider the time period Babbitt takes place in; Post WWI, Jazz Age, Prohibition. In what ways does these events/themes shape the book? How do they shape Babbitt’s world? Do they hinder Babbitt and his attempts to change or help him?

Big Sur
Back to Top