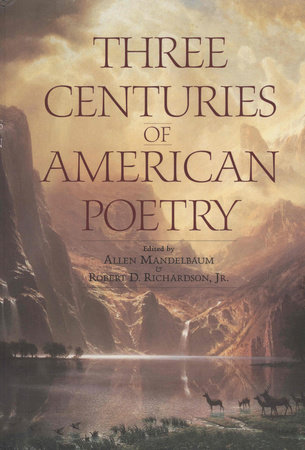 About Three Centuries of American Poetry

From the Revolutionary and Civil Wars to the Romantic Era and the Gilded and Modern Ages, this unrivaled anthology also presents a memorable array of rare ballads, songs, hymns, spirituals, and carols that echo through our nation’s history. Highlights include Native American poems, African American writings, and the works of Quakers, colonists, Huguenots, transcendentalists, scholars, slaves, politicians, journalists, and clergymen.

These discerning selections demonstrate that the American canon of poetry is as diverse as the nation itself, and constantly evolving as we pass through time. Most important, this collection strongly reflects the peerless stylings that mark the American poetic experience as unique. Here, in one distinguished volume, are the many voices of the New World.

Allen Mandelbaum was born in 1926 and died in 2011. His translations of Homer, Dante, Virgil, Quasimodo, and Ungaretti were… More about Allen Mandelbaum