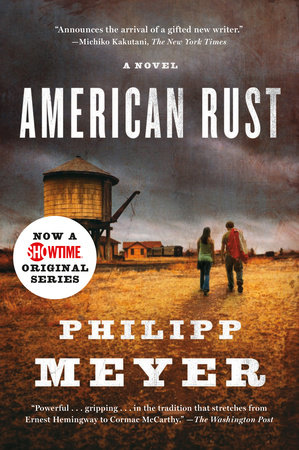 1. In what ways does seeing the novel through the eyes of six dif - ferent characters affect your experience of the book? How would the book be different if seen through the eyes of only one char - acter? Which characters would be more or less likable if the reader saw them only from the outside? If you had to choose one char acter, whom would you choose to narrate the novel? Why?

2. Does your opinion of various characters change throughout the book? How and why?

3. Isaac, Poe, Lee, Grace, and Harris are all faced with important decisions that will affect not only their own lives but the lives of their loved ones. Discuss their various choices and what is at stake. Does each character make the right decision, in your opinion?

4. One of Isaac’s obsessions is the question of what differentiates humans from other animals. What does he ultimately conclude, and why? Do you agree with him?

5. When the book begins, Poe, despite his athleticism, considers himself a coward. Do you agree with his assessment? Does he change by the book’s end?

6. Harris, by most conventional measures, is a good man at the book’s beginning. Does he change by the book’s end? Is he still a good man? Would society agree with you?

7. Lee, according to her own words at the beginning of the novel, abandoned her family to save herself. Do you agree with this selfassessment? Does your opinion of her change between the beginning and the end of the book? What would you do in her shoes?

8. Many of the characters in American Rust believe that they are not doing as well as their parents did—that their lives are less stable and their quality of life and job security are much worse than what their parents enjoyed. Is there any possibility of hope for these characters in the novel? Do you view the novel as ultimately grim or do you see it as hopeful?

9. Isaac’s plans change after a chance encounter with a group of indigents. What do you imagine his future might have been had he made it out of town? How much does fate determine Isaac’s future, and how responsible is Isaac for his own fate? How does the novel address the theme of fate?

10. Discuss the role of friendship in American Rust. Though Isaac and Poe seem to have little in common, they feel a strong sense of loyalty to each other. What kinds of sacrifices do they make for each other? How would you compare their relationship, which is based on a deep sense of fidelity, to other relationships in the novel?

The Deep End of the Ocean
Back to Top