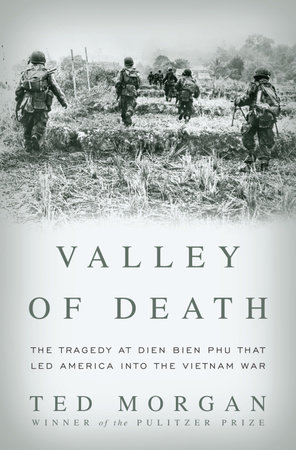 About Valley of Death

Pulitzer Prize–winning author Ted Morgan has now written a rich and definitive account of the fateful battle that ended French rule in Indochina—and led inexorably to America’s Vietnam War. Dien Bien Phu was a remote valley on the border of Laos along a simple rural trade route. But it would also be where a great European power fell to an underestimated insurgent army and lost control of a crucial colony. Valley of Death is the untold story of the 1954 battle that, in six weeks, changed the course of history.

A veteran of the French Army, Ted Morgan has made use of exclusive firsthand reports to create the most complete and dramatic telling of the conflict ever written. Here is the history of the Vietminh liberation movement’s rebellion against French occupation after World War II and its growth as an adversary, eventually backed by Communist China. Here too is the ill-fated French plan to build a base in Dien Bien Phu and draw the Vietminh into a debilitating defeat—which instead led to the Europeans being encircled in the surrounding hills, besieged by heavy artillery, overrun, and defeated.

Making expert use of recently unearthed or released information, Morgan reveals the inner workings of the American effort to aid France, with Eisenhower secretly disdainful of the French effort and prophetically worried that “no military victory was possible in that type of theater.” Morgan paints indelible portraits of all the major players, from Henri Navarre, head of the French Union forces, a rigid professional unprepared for an enemy fortified by rice carried on bicycles, to his commander, General Christian de Castries, a privileged, miscast cavalry officer, and General Vo Nguyen Giap, a master of guerrilla warfare working out of a one-room hut on the side of a hill. Most devastatingly, Morgan sets the stage for the Vietnam quagmire that was to come.

Superbly researched and powerfully written, Valley of Death is the crowning achievement of an author whose work has always been as compulsively readable as it is important. 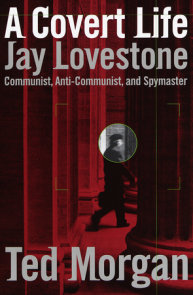 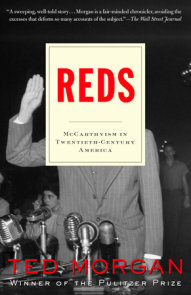 See all books by Ted Morgan

Ted Morgan is a Pulitzer Prize–winning journalist and the author of biographies of FDR, Churchill, and Maugham, the last of which was a finalist for the National Book Award. He is also the author of Reds: McCarthyism in Twentieth-Century America,… More about Ted Morgan

“Ted Morgan answers one of the most elusive questions of our time: how and why America went into Vietnam? Until now the issue of the origins of the war was never given the thorough analysis found in Valley of Death, an amazing and essential account that was missing from all the classic Vietnam War histories. It took a writer equally comfortable with the French and the American archival record to finally deal successfully with the issue that compelled Robert McNamara to order the drafting of the Pentagon Papers. Yet even that Department of Defense study remains incomplete because the French record was only marginally touched by the researchers. That gap has finally been closed with Valley of Death.”—Robert L. Miller, Co-author of Encyclopedia of Cold War Espionage


“Ted Morgan brings to life the climactic battle of Dien Bien Phu in a way no English reader has seen in four decades. This was the battle that cast the enduring mold for Southeast Asia. From contextualizing the French war in Vietnam to the desperate efforts of French and Vietnamese soldiers, and from the conference tables in Geneva, Paris, and Washington to the staff map rooms in Hanoi and at Viet Minh headquarters in the bush, Valley of Death tells this important story with verve. This is a gem of a book.”  —John Prados, author of Vietnam: The History of an Unwinnable War, 1945-1975

“In Valley of Death, Ted Morgan has made a significant contribution to the bookshelf of both history buff and general reader. Done in an easy, readable style, thoroughly researched, it is a story of the incredible blunders made by the French in their effort to maintain their colonial status in Indo-China from 1940 to mid 1954. It stands as a reminder of how easy it is for the Western countries to underestimate the will of “backward” peoples to fight for their freedoms both with self-sacrifice and intelligence. At the same time it is a very human story. It tells of people – of generals, diplomats, and most of all the soldiers and nurses on both sides at Dien Bien Phu who did the fighting and suffering. I was familiar with this story from the days when I assisted my father in writing his memoirs of the White House years. Nevertheless, Valley of Death game me insights and made the grim facts come to life.”—John SD Eisenhower

“A Pulitzer Prize–winning historian observes that had Franklin Roosevelt served another few terms, Americans might never have had fought and died in Vietnam …  The author writes of the battle in specific detail rivaling the best of Bernard Fall, Neil Sheehan and other writers on the French and American wars in Indochina, linking it to the eventual immersion of the United States in Vietnam, extending the war another 20 years .   A superb portrait of battle and its reverberations beyond the fields of fire.”—Kirkus, starred review