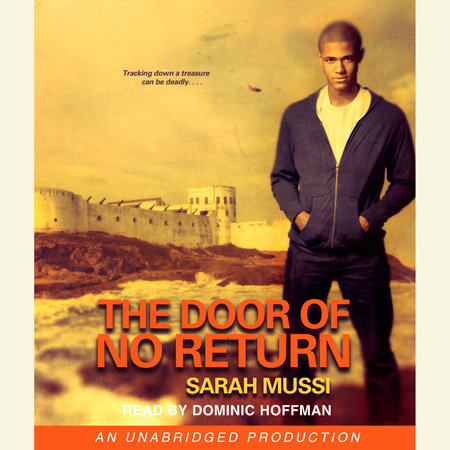 The Door of No Return

About The Door of No Return

Zac Baxter’s grandfather has always told him that he’s the descendant of African kings, whose treasure was stolen when his ancestors were sold into slavery. Of course, Zac brushes this off as a tall tale — until his grandfather is murdered and their apartment is completely ransacked. Clearly somebody is after something.
Heeding his grandfather’s dying words, Zac is off to Ghana to track down his family’s history. But what did his grandfather mean when he said that Zac had the map to the treasure? Following every clue he can find, Zac begins to suspect that the treasure is real, and hidden in one of Ghana’s old slave forts. Too bad the killers always seem to be one step ahead of him. With no one he can trust and with everything to lose, Zac races against time as he tries to uncover the truth about the past — and a fortune in gold.

Listen to a sample from The Door of No Return

Looking for More Great Reads?
21 Books You’ve Been Meaning to Read
Download Hi Res
The Door of No Return

The Door of No Return