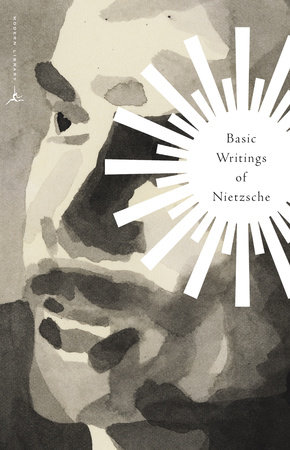 1. Nietzsche remains one of the most influential philosophers of our time. As Walter Kaufmann notes, "No other philosopher since Plato and Aristotle, with the exception of Kant and Hegel, has influenced so many widely different thinkers and writers so profoundly." What are some of the main aspects of Nietzsche’s influence, and what are some of the factors that account for his tremendous and enduring influence?

2. One of Nietzsche’s major themes is the idea of "the eternal recurrence." What do you think Nietzsche was attempting to do with this idea? What does he seem to mean by it? What are its implications?

3. As Peter Gay notes, Nietzsche has been one of the most persistently misunderstood writers in the history of Western thought. What are some of the misunderstandings that have attended his work? Are some thinkers more easily misappropriated than others?

4. Nietzsche’s style is particularly iconoclastic and unique; as Walter Kaufmann notes, "Nietzsche clearly wanted to be read with a delighted awareness of nuances of style and thought." Discuss how Nietzsche’s style-which often condenses complex ideas into seemingly simple phrases-works to inform your reading or understanding of his thought. Is Nietzsche’s style inseparable from his meaning?

5. One of Nietzsche’s favorite devices is the aphorism. Why is this form significant for Nietzsche? What does he accomplish by writing in this way? Can all of his writing be said to be in some way aphoristic?

6. For Nietzsche, the most important philosophy is always "untimely," and Nietzsche had a particularly complicated and contentious relationship toward many of his contemporaries, for instance Wagner. Discuss Nietzsche’s various attitudes toward his contemporaries as stated in Basic Writings, and conversely the ideas, figures, and ways of thinking that Nietzsche seems to find most sympathetic to his own philosophy.

7. Nietzsche has been considered a nihilist, and also a philosopher who more than anything sought to transcend nihilism. Discuss the idea of nihilism in broad terms, and Nietzsche’s use or development of this idea.

9. Throughout Nietzsche’s work is a call for a new philosophy, for radical breaks with various conventional ideas and methodologies, and for new philosophers. What are some of Nietzsche’s hopes for the future of philosophy?

For the New Intellectual
Ayn Rand

The Order of Things
Michel Foucault

The Time of Our Lives
David Couzens Hoy

From Socrates to Sartre
T.Z. Lavine

Plato at the Googleplex
Rebecca Goldstein

The Archaeology of Knowledge
Michel Foucault

The Pig That Wants to Be Eaten
Julian Baggini

The Will to Power
Friedrich Nietzsche

All for Nothing
Andrew Cutrofello

The Social Contract and The Discourses
Jean-Jacques Rousseau

On the Genealogy of Morals and Ecce Homo
Friedrich Nietzsche

The Virtue of Selfishness
Ayn Rand