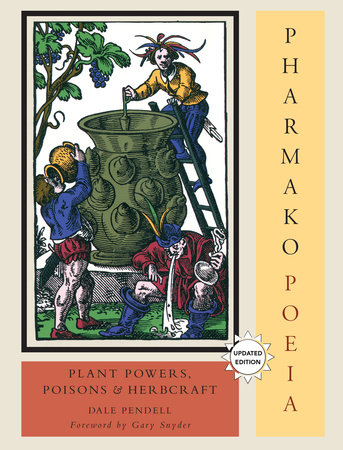 About Pharmako/Poeia, Revised and Updated

***This paperback edition has a new introduction by the author and updated content.

This is the first volume of North Atlantic Books’ updated paperback edition of Dale Pendell’s Pharmako trilogy, an encyclopedic study of the history and uses of psychoactive plants and related synthetics first published between 1995 and 2005. The books form an interrelated suite of works that provide the reader with a unique, reliable, and often personal immersion in this medically, culturally, and spiritually fascinating subject. All three books are beautifully designed and illustrated, and are written with unparalleled authority, erudition, playfulness, and range.

Pharmako/Poeia: Plant Powers, Poisons, and Herbcraft includes a new introduction by the author and as in previous editions focuses on familiar psychoactive plant-derived substances and related synthetics, ranging from the licit (tobacco, alcohol) to the illicit (cannabis, opium) and the exotic (absinthe, salvia divinorum, nitrous oxide). Each substance is explored in detail, not only with information on its history, pharmacology, preparation, and cultural and esoteric correspondences, but also the subtleties of each plant’s effect on consciousness in a way that only poets can do. The whole concoction is sprinkled with abundant quotations from famous writers, creating a literary brew as intoxicating as its subject.

The Pharmako series is continued in Pharmako/Dynamis (focusing on stimulants and empathogens) and Pharmako/Gnosis (which addresses psychedelics and shamanic plants). 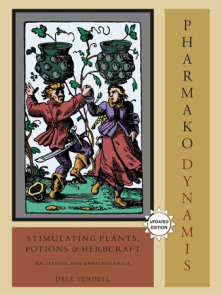 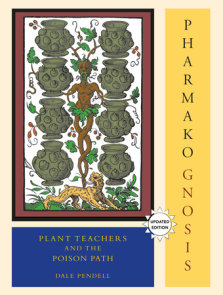 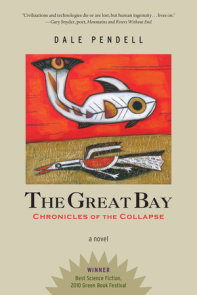 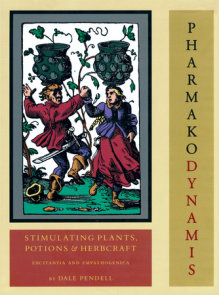 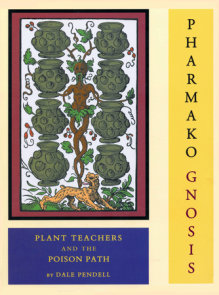 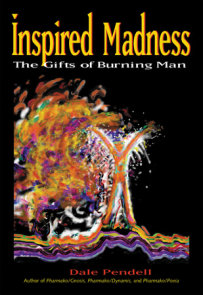 See all books by Dale Pendell

“Dale Pendell reactivates the ancient connection between the bardic poet and the shaman. His Pharmako/Poeia is a litany to the secret plant allies that have always accompanied us along the alchemical trajectory that leads to a new and yet authentically archaic future.”
—Terence McKenna, author of True Hallucinations

“Much of our life-force calls upon the plant world for support, in medicines and in foods, as both allies and teachers. Pendell provides a beautifully crafted bridge between these two worlds. The magic he shares is that the voices are spoken and heard both ways; we communicate with plants and they with us. This book is a moving and poetic presentation of this dialogue.”
—Dr.Alexander T. Shulgin, University of California at Berkeley, Department of Public Health

“Pharmako/Poeia is an epic poem on plant humours, an abstruse alchemic treatise, an experiential narrative jigsaw puzzle, a hip and learned wild-nature reference text, a comic paean to cosmic consciousness, an ecological handbook, a dried-herb pastiche, a counterculture encyclopedia of ancient fact and lore that cuts through the present ‘conservative’ war-on-drugs psychobabble.”
—Allen Ginsberg, poet

“The great joy of Pharmako/Poeia lies in the simultaneous drawing out of simplicity and complexity. Simple, so far as it draws together the vast territory of the human-poison relationship into a single, poetic alchemy; yet complex, in that it blows apart the narrow simplistic understandings that stratify each bubble of understanding. This is a truly excellent book and should be on the shelves and minds of all poisoners, all students of life, literature and ethnobotany. Whether your poison is Salvia divinorum, tobacco, alcohol, Nitrous oxide, or bitter berry, or even just the unquenchable thirst of a psychoactive knowledge, this text should be a given.”
—Psychedelic Press UK

“Pendell demonstrates that the art of a cross-disciplined approach is not only still alive, but has the power to augment understandings above and beyond its parts. He reveals the depth to which scientific/poetic dichotomies are often no more than categorical fallacies.”
—Dose Nation

“Dale Pendell’s remarkable book will make it impossible to ever again underestimate the most unprepossessing plant. This compendium of how-to-get-high-by-eating-your-lawn ethnological data is mind-boggling, useful, and serves as a fine end run around the guardians of ‘official’ consciousness.”
—Peter Coyote, actor