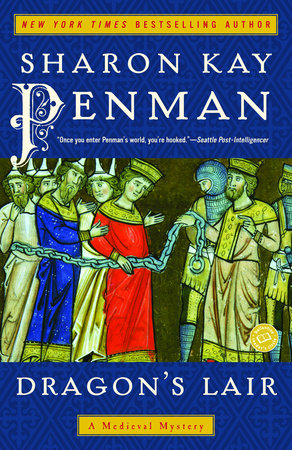 1. Discuss the pros and cons of being “the Queen’s man.”

2. In the beginning of the novel, Justin is momentarily taken
aback by Eleanor’s command that he seek his much-loathed father’s
assistance, but then he sees the truth. What is that truth?

3. Justin is aptly described as “a natural lone wolf, not happy
hunting with the pack.” Do you think this wolf will ever form his
own pack?

4. Has Justin met the right woman yet? If not, will he ever?

5. If you could plot Justin’s future, what would it look like?

6. What do you think would have happened in the chapel if Durand
had not been interrupted?

7. Justin recalls being punished as a child for sneaking food to
Bennet and Molly. Why was his kindness met with hostility and
condemnation from the society around him?

8. Molly helps Justin see his father in a whole new light. Has anyone
ever helped you in this way?

9. Justin worries about Piers and his reaction to Molly and Justin’s
relationship. Do you think his worries are warranted?

10. Justin tells a bereft Angharad that “love can change; it can
even die.” Discuss the vagaries of love.

12. What do you think of Emma’s use of her feminine wiles to accrue
and wield power?

13. What does Emma mean when she tells John that “a widow’s
lot is better than a wife’s more often than not”?

14. What do you think Davydd would do if he learned of Emma’s
treachery?

15. John and Emma are kin, but their true bond is their thirst for
revenge. Discuss how bitterness has crippled them and imperiled
those around them.

16. Two very different kinds of sibling relationships—Richard and
John versus Bennet and Molly—are represented in this novel. Do
they share any common ground?

17. How do you interpret John’s dream of his absent, imprisoned
brother?

18. Eleanor’s assertion that “all the Welsh are inbred” is a perfect
illustration of the prevailing English attitude toward the Welsh.
What is the cost of England’s cultural and political myopia and imperialism?

20. Are you the kind of reader who must solve a mystery in
advance or do you prefer to let it unfold before you?

21. What historical figure would make for an interesting addition
to your group’s discussion of Dragon’s Lair?

22. How has the group discussion enriched your understanding of
Dragon’s Lair?

23. What book is your group going to read next? Do you plan to
read the next installment of Justin de Quincy’s adventures?