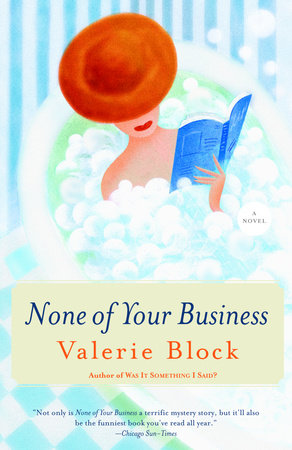 About None of Your Business

With a nod to Ed McBain and Fay Weldon, author Valerie Block creates a hilarious tale of a heist gone wrong that ranges from the living rooms of Park Avenue to the parking lot of the White Castle on Queens Boulevard.

Mitch Greiff, celebrity tax accountant and partner in a prestigious Manhattan firm, hates foreign food, strange hotel rooms, and unfamiliarity. He has nightmares about learning new computer software. So when he disappears after a series of sophisticated wire transfers that siphon millions of dollars from his clients’ accounts, Mitch’s partners and estranged wife, Patricia, are completely astonished and confused.

Detective Dennis Sprague of the NYPD Computer Crimes Squad doesn’t buy it. Why would a man who’s had all the breaks in life suddenly go on the lam? Who wakes up, looks around his spacious Upper East Side co-op, gazes at his former-model wife, and says, “The hell with this—I want to live in fear!”

As Sprague investigates, he becomes convinced that Mitch Greiff must have had an accomplice. Sprague works on the assumption that there’s always a girl in the picture. He looks into Patricia, but Mitch’s long-suffering wife never even called Missing Persons, because she didn’t miss him. So Sprague sniffs around the office eye-candy, Heather Perkins, whose signature is on all the wire transfer approvals, and who has a reputation for keeping company with the partners after hours.

And then there’s Erica King, Mitch’s “loophole rabbi.” Sharp, dry, and meticulous, she makes up in financial acumen what she lacks in social graces. The collective assumption around the office is that the acid tongue, floor-length skirts, and dingy white tennis shoes mean that Erica is a virgin and will die that way. But Detective Sprague suspects that there is something more to Erica King than the plainest Jane in Manhattan.

From elegant Park Avenue matrons to nasty asthmatic forgers in Queens, Valerie Block has created a unique cast of characters. She combines a hilarious comedy of manners with a police procedural and strikes fiction gold. 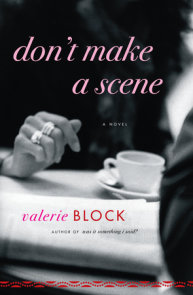 See all books by Valerie Block

Valerie Block is the author of two previous novels, Was It Something I Said? and None of Your Business. She lives and works near New York City. Visit the author’s website at www.valerieblock.com 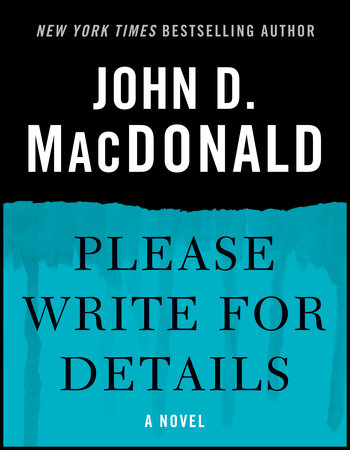 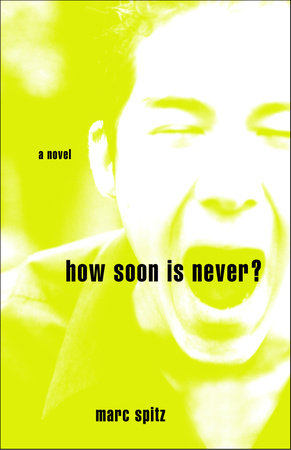 How Soon Is Never? 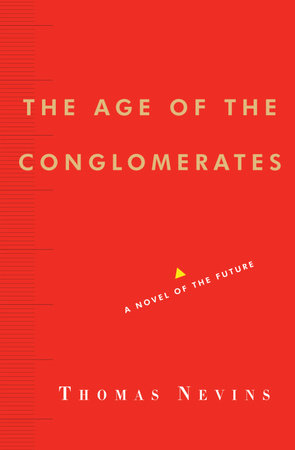 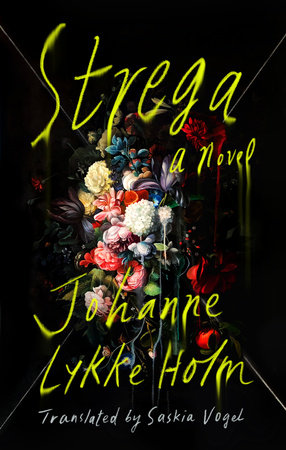 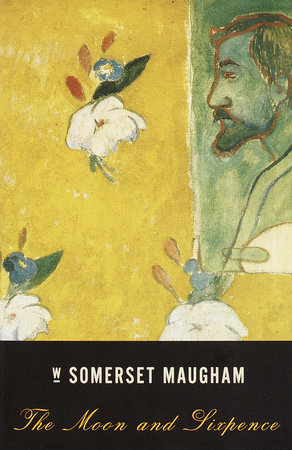 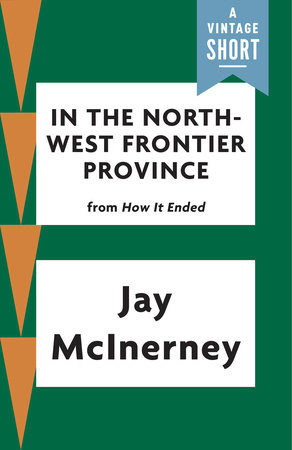 In the North-West Frontier Province 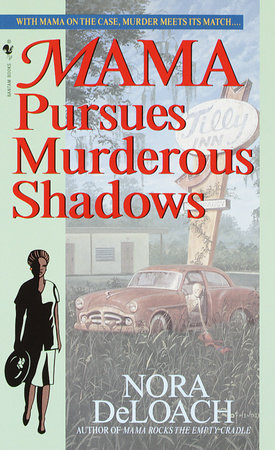 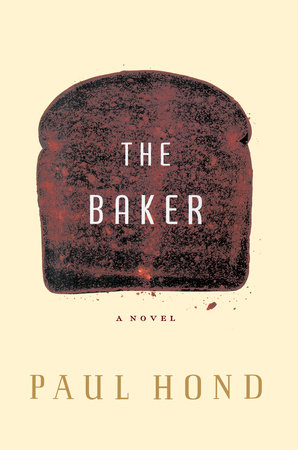 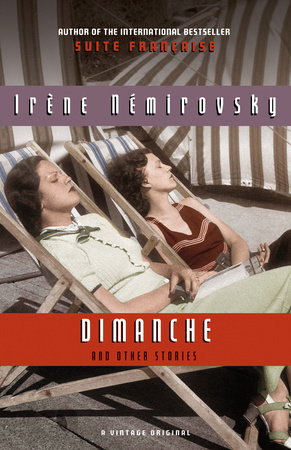 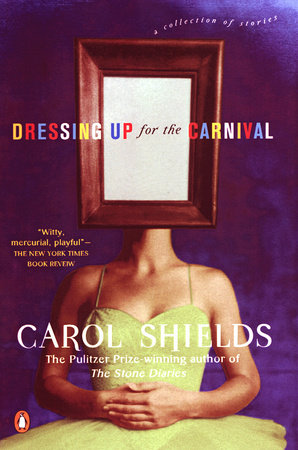 Dressing Up for the Carnival

“Not only is None of Your Business a terrific mystery story, but it’ll also be the funniest book you’ve read all year.”
—Chicago Sun-Times

“DOESN’T VALERIE BLOCK KNOW THAT MYSTERY DIALOGUE ISN’T SUPPOSED TO SPARKLE? . . . [None of Your Business is] a magnificently dry social commentary, cunningly smuggled inside a meticulously researched, perfectly paced police procedural. . . . It’s an episode of Law and Order scripted by Candace Bushnell.”
—Time

“A SATISFYINGLY COMPLEX CRIME PUZZLE . . . Spike the world weariness of Elmore Leonard with the exuberance of Carl Hiaasen and you have Block’s deadpan descriptions of human nature and urban existence.”
—Newsday

“A DELIGHTFUL AND ORIGINAL ROMP . . .
BLOCK HAS A KNACK FOR CREATING ZANY CHARACTERS.”
—Orlando Sentinel

“Marvelous . . . A wicked satire that pleases with acerbic wit and a fascinating plot . . . Block does a marvelous job of skewering the egos of rich socialites, haughty accountants, oversexed cops, and just about everybody else
who passes through her sights.”
—Chicago Sun-Times

“With her light, dancing rhythms and syncopated style, Block keeps us guessing as she leads us into lives that are neither perfect nor pathetic and reveals our deeply strange species to be, if anything, underrated.”
—New York Newsday

“[Block] has a comic streak that’s ruthless yet weirdly compassionate, because it’s truly character-driven. . . . With its cast of dozens, all fully realized, the novel is . . . always diverting.”
—Publishers Weekly

“Entertaining . . . Block has wisely chosen to tell this caper novel from the perspectives of both the police and the perps, a technique that allows her to humanize her characters by weaving in many details of their personal lives and histories. . . . Recommended.”
—Library Journal

“Block follows up her comic romance Was It Something I Said? with an unusual and hilarious take on the police procedural. . . . No one is immune to scrutiny in this sprawling, entertaining novel full of eccentric New Yorkers whose lives are not proceeding quite as they had planned.”
—Booklist

“Wickedly clever farce . . . Who knew fraud could be this funny? A winner from Block.”
—Kirkus Reviews

YOUR FIRST NOVEL WAS A COMIC LOVE STORY. WHY DID YOU WRITE A POLICE PROCEDURAL?

I didn’t want to rewrite the same kind of book, and as I’ve always been a fan of police procedurals and mysteries, I thought it might be fun to try my hand in the genre.


WHICH CAME FIRST: RESEARCH OR WRITING?
I wrote the first draft without speaking to any cops. I started with the thieves, and worked my way around to the cops. At the same time, I was reading as much as I could about identity theft, computer crimes, accountants and the NYPD.


HOW DID YOU APPROACH THE NYPD?

Although I was petrified to do it, I thought I’d get a faster response if I went to Police Headquarters, instead of mailing or faxing my request into a void. I was actually half-way down there on two separate occasions and decided I wasn’t up to it. One Police Plaza is a very scary place. One Police Plaza is a citadel. I finally forced myself to go, because I couldn’t finish the book without speaking to a detective who was actually doing the kind of investigation I was writing about.


HOW DID THE NYPD REACT?

I was absolutely astonished by the access I was granted. The director of the Office of Public Information saw me immediately, and referred me to a detective in the Major Case Squad, Tom Nerney, who had been on the job for over 35 years. During the course of many interviews, Detective Nerney let me tag along with him, answered thousands of questions and introduced me to a variety of different detectives at Headquarters. Everyone seemed glad for the opportunity to describe what they do.

I was also permitted to audit a few classes at the Police Academy’s Criminal Investigations Course for detectives. Through Detective Nerney, I met a few members of the Computer Investigations and Technology Unit (CITU), one of them Detective Mike Fabozzi, who was extremely helpful and precise in explaining how computers leave traces behind, very much like people.

Sometimes, the information exchanged was strictly procedural, like what are DD5’s and who gets them, how would you elicit particular information from a suspect’s friends or neighbors. And sometimes the conversations took a detour, like: Why do people commit crimes? Why do some people observe laws, and not others? Why would someone steal $100 million? Would the same guy steal $100 as easily? If something wasn’t nailed down, would he steal that?


HOW LONG DID THE RESEARCH TAKE?

I interviewed people and revised my first draft for about nine months.

I finished my last interview on September 7, 2001. If I were starting this book now, I couldn’t possibly be granted this kind of access to the NYPD. You can’t just stroll into Police Headquarters without an appointment anymore: they have several rings of security in front of the building.

And even if they had wanted to talk to me, the detectives I interviewed didn’t have the time after September 11: they were working 12-16 hour shifts with maybe one day off a month, for at least 5 months. Detective Fabozzi, in the CITU, was setting up a database of body tissues in the morgue. Detective Nerney, in the Major Case Squad, was also in the morgue, looking for DNA
matches.


ARE YOU A TECHIE? HOW DID YOU FIGURE OUT THE COMPUTER CRIME ANGLE?

I’m not a techie, but I decided what my thieving characters would do, and then did enough research to figure out how they would do it, and how the detectives following them would catch them. For this, I interviewed accountants and cops, and did research on line in bank security, money laundering and identity theft.

But I had some help: while I was in the midst of the research, a busboy from Brooklyn stole millions of dollars from 200 people on the Forbes 400 Richest People list – people like Oprah, Steven Spielberg, Martha Stewart, Warren Buffett – using only the details in the magazine article and the computer in his local public library. This was a story that got remarkably little attention, I assume because nobody wanted to publicize how easy it is to access private data by using public information.

The busboy, who was a high school dropout, by the way, approached credit rating agencies and got private financial details about the celebrities, which he used to set up “clone” accounts in their banks. He then siphoned funds from the real accounts into the clone accounts, which he had control over. The Computer Investigations and Technology Unit had that case. Since I knew I couldn’t make up details as artful, I allowed my characters to borrow some of his tricks, such as the web-enabled cell phone that “impersonated” other people’s phone numbers. This allowed him to pretend he was calling from his beach house in Santa Monica when he was actually sitting in a restaurant kitchen in Brooklyn.


WHY DID YOU CHOOSE TO WRITE ABOUT SUCH AN UNATTRACTIVE WOMAN?

Women aren’t allowed to be unattractive in our culture. If you’re a woman alive in America now, whatever you’re doing to maintain your physical plant is just not enough. Right now, supermodels and teenagers are paralyzed with insecurities, and America is just saturated in sex. Our culture puts such a stigma on women who don’t get on the beauty and fashion treadmill to make themselves sexually attractive that I was interested in writing about someone who didn’t play the game. It’s one of the most radical things you can do as a woman.

I wondered how a woman like this might go about her day, interact with the world, handle the bombardment of media images. Because what are the women’s magazines about, if not SEX and HAIR? The assumption is – even after all these years – that it’s important to make yourself attractive to men, because through men you get power. Great hair equals power. Well, what if you don’t have hair? Where do you find your power?

Looking for More Great Reads?
21 Books You’ve Been Meaning to Read
Download Hi Res
None of Your Business