The Year of Fog Reader’s Guide 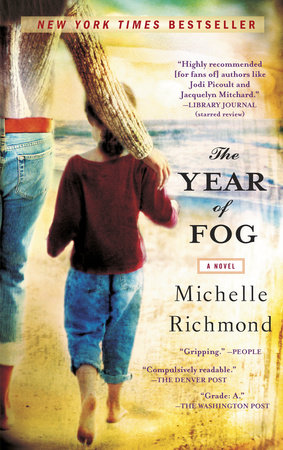 The Year of Fog Reader’s Guide

In its breathtaking opening scenes, The Year of Fog captures one of the most terrifying moments imaginable. Photographer Abby Mason has been enjoying the prospect of becoming a stepmother, spending the day with her fiancée’s six-year-old daughter, Emma. But in the blink of an eye, everything changes. In the brief moment it takes Abby to look through her camera lens at the Pacific beach, Emma vanishes from sight. The ensuing search will test everything Abby ever believed about families, about the man she loves, and about herself.

By turns chilling and redeeming, this is the story of a journey that eventually takes Abby thousands of miles from California. Wracked by guilt and determined to find Emma alive, even when the girl’s father has given up hope, she sifts through the memories of that day, searching for a missed detail in a landscape that becomes riddled with false leads. As memories of her own childhood begin to creep into her mind, Emma’s disappearance becomes the backdrop of a stark awakening, not only for Abby, but for everyone who has cared about this little girl. With her keen perception and magnificent descriptive powers, award-winning author Michelle Richmond has created a stirring tale of hope.

The questions and discussion topics that follow are intended to enhance your reading of Michelle Richmond’s The Year of Fog. We hope they will enrich your experience of this haunting novel.

1. The Year of Fog unfolds as a series of flashbacks and present-tense scenes. How do Abby’s impressions of her own past shift as she searches for Emma? What does her research on the neuroscience of memory tell us about the limits and the power of the mind’s imagery?

2. How much was Emma a factor in Abby’s relationship with Jake? After Emma’s disappearance, what did they discover about each other? Why was it awkward for Abby to see Jake turn to religion? Why was he skeptical of her insistence that Emma didn’t drown but was kidnapped?

4. Are Ramon and Jake entirely different, or was there a common thread that attracted Abby to each of them? What keeps her from sleeping with Nick in chapter 40? What has she needed from men in general at crucial points in her life?

5. How did Abby’s recollections of her own mother affect her approach to being a stepmother?

6. Describing the ancient history of memory studies in chapter 43, Abby mentions the concept of Renaissance “memory theaters” and later has a dream in which her memories are displayed in ways she cannot fully comprehend. If your past were to be categorized in such a way, what would it look like? Which objects would best represent various events? Which of your memories would you most like to preserve?

7. Abby struggles with feelings of inadequacy, seeing herself as the sister who often botches her chances at a happier life. What accounts for the tremendous differences between her self-perception and Annabel’s?

8. How would you describe Lisbeth’s wavering, extreme motivations? What would explain her dangerous decisions? How is she able to appear trustworthy?

9. For Abby, one of the most difficult aspects of the search is the fact that she doesn’t receive full respect as a key figure in Emma’s life. Ultimately, how do you define “a devoted mother”? What are the best examples of good parenting in the novel? What determines whether someone has what it takes to be a good parent?

10. What enabled Abby to uncover the truth while Jake could not? Was it her intuition? Determination? Hypnosis? Fate? Or simply the deep guilt she felt? What ultimately caused the fog to lift in Emma’s disappearance?

11. In many ways, the novel is a poignant portrait of coping with grief, in this case a very unresolved form of grief. What is the best way to confront tragedy?

12. How did you attempt to solve the mystery of Emma’s disappearance? Were you able to hold out hope for her survival?

13. Goofy’s help leads Abby to the sojourn in Costa Rica. What do both beach communities begin to mean to her? In what way does the landscape, both liberating and treacherous, form an appropriate place for her to come to terms with her greatest fears?

14. What is distinct about Abby’s storytelling voice? How might the novel have unfolded had it been told from Jake’s point of view?

15. What did the novel reveal to you about the world of missing children and their families? Did it change your perspective on the real-life cases you encounter in the media?

16. As you saw Abby catch a wave in the final paragraph, what did you predict for her future?

Learn More About The Year of Fog
print

The Daughters of Foxcote Manor

Reputation
Back to Top