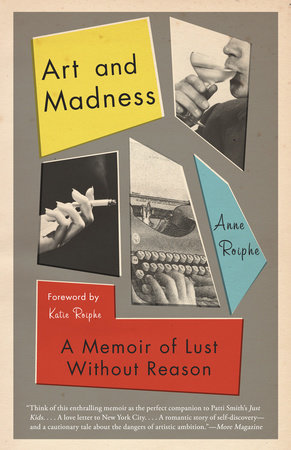 A Memoir of Lust Without Reason

A Memoir of Lust Without Reason 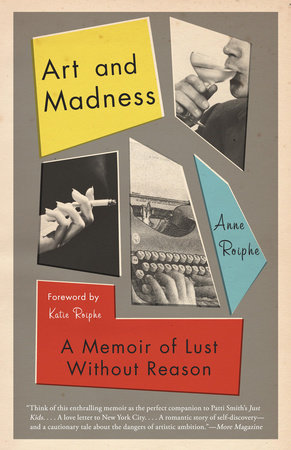 About Art and Madness

Coming of age on Park Avenue in the 1950s, Anne Roiphe had an adolescence entrenched in privilege, petticoats, and social rules. Young women at the time were expected to give up personal freedom for devotion to home and children. Instead, Roiphe chose Beckett, Proust, Sartre, and Mann as her heroes, and became one of the girls draped across the sofa at parties with George Plimpton, Norman Mailer, and William Styron, sometimes with her young child in tow. For a time she was satisfied to play the muse, but at the age of twenty-seven, divorced and finally freed of the notion that any sacrifice was worth making for art, she began to write. Here, in her clear-sighted, perceptive, and unabashed memoir, Roiphe shares with astonishing honesty the tumultuous adventure of self-discovery that finally led to her redemption.

About Art and Madness

Luminous and intensely personal, Art and Madness recounts the lost years of Anne Roiphe’s twenties, when the soon-to-be-critically-acclaimed author put her dreams of becoming a writer on hold to devote herself to the magnetic but coercive male artists of the period.

Coming of age in the 1950s, Roiphe, the granddaughter of Jewish immigrants, grew up on Park Avenue and had an adolescence defined by privilege, petticoats, and social rules. At Smith College her classmates wore fraternity pins on their cashmere sweaters and knit argyle socks for their boyfriends during lectures. Young women were expected to give up personal freedom for devotion to home and children. Instead, Roiphe chose Beckett, Proust, Sartre, and Mann as her heroes and sought out the chaos of New York’s White Horse Tavern and West End Bar.

She was unmoored and uncertain, “waiting for a wisp of truth, a feather’s brush of beauty, a moment of insight.” Salvation came in the form of a brilliant playwright whom she married and worked to support, even after he left her alone on their honeymoon and later pawned her family silver, china, and pearls. Her near-religious belief in the power of art induced her to overlook his infidelity and alcoholism, and to dutifully type his manuscripts in place of writing her own.

During an era that idolized its male writers, she became, sometimes with her young child in tow, one of the girls draped across the sofa at parties with George Plimpton, Terry Southern, Doc Humes, Norman Mailer, Peter Matthiessen, and William Styron. In the Hamptons she socialized with Larry Rivers, Jack Gelber and other painters and sculptors. “Moderation for most of us is a most unnatural condition . . . . I preferred to burn out like a brilliant firecracker.” But while she was playing the muse reality beckoned, forcing her to confront the notion that any sacrifice was worth making for art.

Art and Madness recounts the fascinating evolution of a time when art and alcohol and rebellion caused collateral damage and sometimes produced extraordinary work. In clear-sighted, perceptive, and unabashed prose, Roiphe shares with astonishing honesty the tumultuous adventure of self-discovery that finally led to her redemption. 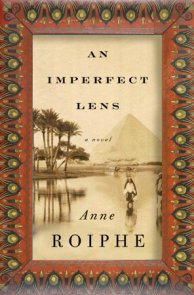 See all books by Anne Roiphe

See all books by Anne Roiphe

Anne Roiphe’s eighteen books include the memoir Fruitful, a finalist for the National Book Award, and the novel Up the Sandbox, a national bestseller. She has written for the New York Times, the New York Observer, Vogue, Elle, Redbook, and Parents,… More about Anne Roiphe

Anne Roiphe’s eighteen books include the memoir Fruitful, a finalist for the National Book Award, and the novel Up the Sandbox, a national bestseller. She has written for the New York Times, the New York Observer, Vogue, Elle, Redbook, and Parents,… More about Anne Roiphe 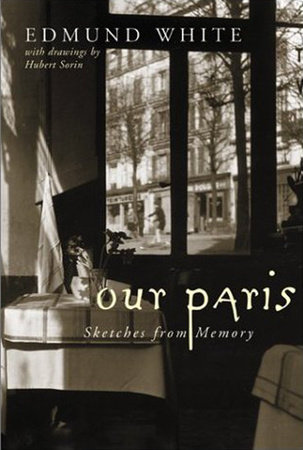 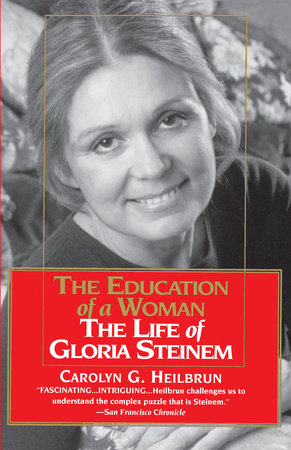 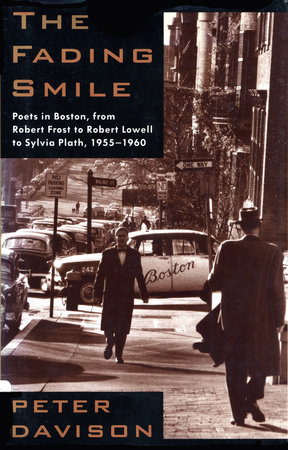 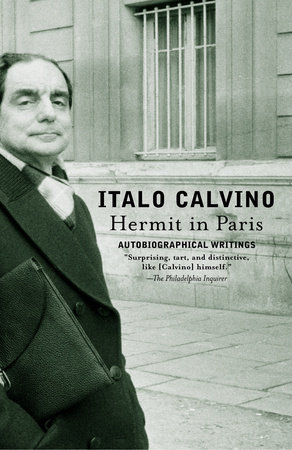 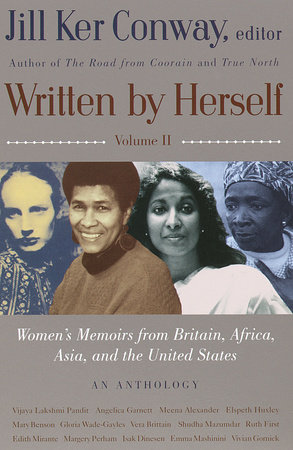 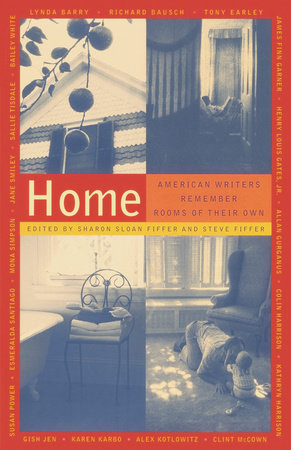 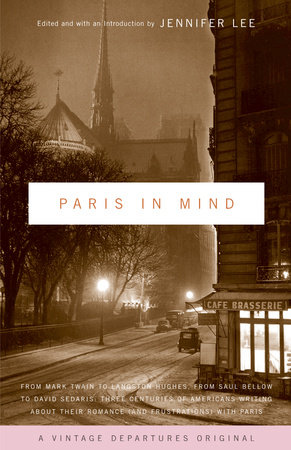 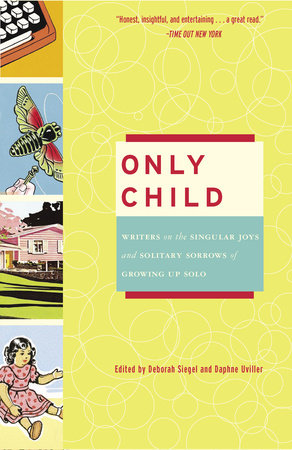 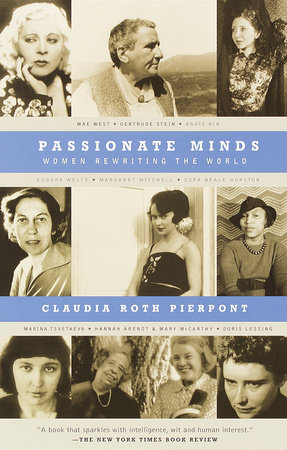 “Think of this enthralling memoir as the perfect companion to Patti Smith’s Just Kids. . . . A love letter to New York City. . . . A romantic story of self-discovery—and a cautionary tale about the dangers of artistic ambition.” —More Magazine

“Oh, what a voice!. . . . Roiphe’s seamless transitions between the two periods in her life play a useful role in explaining her development as a writer. . . . A wise exploration of how she found her voice.” —Minneapolis Star Tribune

“Anne Roiphe’s unsparing memoir vividly recaptures a time when writing was everything, a lost world devoted to the hot pursuit of art, of fame.”—Morris Dickstein, author of Dancing in the Dark and Gates of Eden

“What an extraordinary memoir Anne Roiphe’s book is, so compelling and immediate. . . . Art and Madness is an extraordinary evocation of its era. But it’s an even more wonderful portrait of an artist growing her wings inside the chrysalis of that time until at last she bursts forth in glory.” —Amanda Vaill, author of Everybody Was So Young: Gerald and Sara Murphy: A Lost Generation Love Story

“Riveting. . . . Written in a tone of Didion-like detachment but saffroned with her distinctive, pungent regrets and her curious humility. . . . Brave, revealing recollections.” —The Daily Beast

“A nearly perfect narration of a conscience torn, and of a young woman’s yearning for a life of significance. . . . Her precise, spare, and subtle rendering of her coming of age lends her book the feel of a fable—a fable written in commiseration with, but mostly as a warning for, those who have been similarly afflicted.” —The Second Pass

“Art and Madness riveted me. It depicted the fifties turning sixties as I too experienced them. . . . This is a valuable inner history of those times.” —Erica Jong, author of Seducing the Demon: Writing for My Life