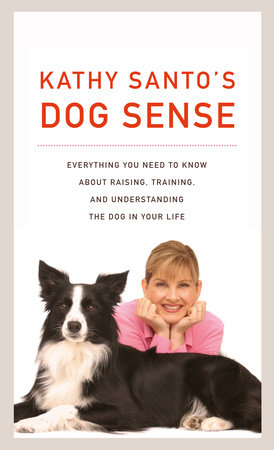 Whether you have a puppy or an adult dog, a home- or sleep-wrecker (or both), whether your dog has ingrained bad manners or simply hasn’t learned any good ones yet–Kathy Santo shines a light into the dark bedlam of life with an unruly dog. The secret of her ebullient and innovative guide to training: dogs are individuals, and any dog’s nature depends far less on his breed or pedigree than most training methods suppose.

In easy steps, you can quickly determine your dog’s “personality”–the interplay of prime motivations, energy level, work ethic, and emotional profile–to tailor a regimen optimally suited to his learning needs. Where “one-size” programs typically founder in canine chaos and human frustration, the Santo method carries you past failure: even when your dog doesn’t respond, your understanding of him deepens and leads you to a better strategy. This unique interactive approach–based on the author’s twenty years of experience–not only speeds canine learning but also lifts training from a temporary chore to an increasingly relaxed way of life.

The result is a lifetime of improving obedience–an ever more confident and happy dog, and an ever more gratifying relationship for you both.

Kathy Santo has trained dogs for both home and competition. She currently sees more than a hundred dogs each week at her obedience school and offers advice to hundreds of owners through her seminars and camps. She lives in New… More about Kathy Santo

The Ultimate Guide to Raising a Puppy
Victoria Stilwell 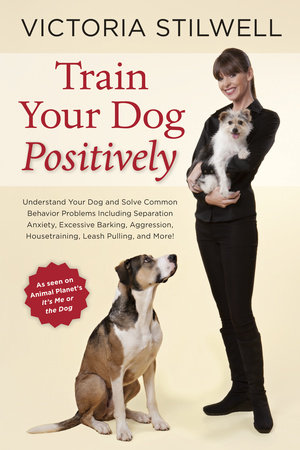 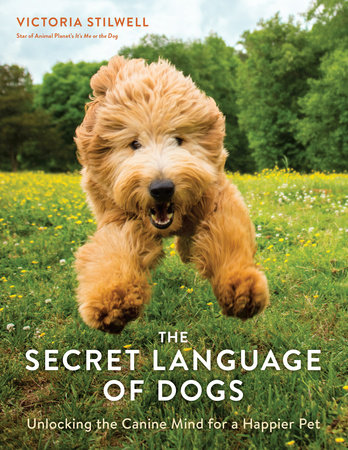 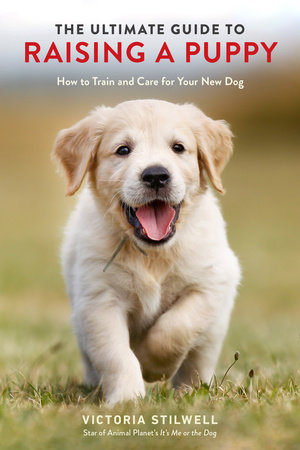 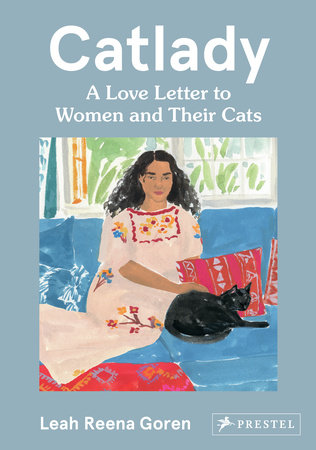 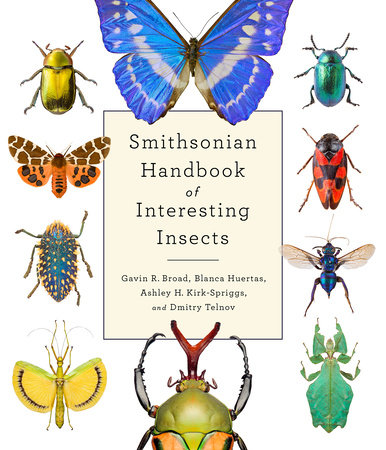 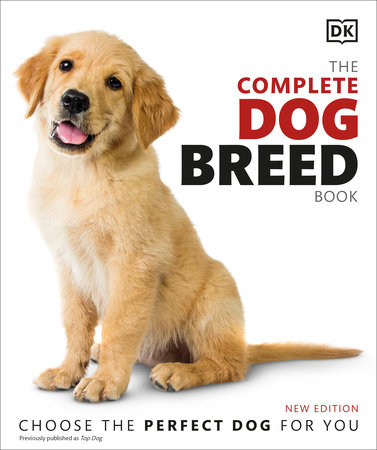 A Conversation with Kathy Santo

Since I deal with behavior and training issues, I’m considered a behaviorist/trainer. I shortened it to behaviorist because it wouldn’t all fit on my business card.

Q: How did you decide to become a dog trainer?
A: When my 5 month-old Doberman Pincher puppy bit me in the face. The first day I brought him home, a “trainer” told me to be sure to put my hand in his bowl while he was eating to see if he was aggressive. She neglected to tell me I should also have a leash on him in case he decided to rearrange my face! (Memo To Me: Think all potential life-altering scenarios through to the end before acting on them!) After the “incident”, with my blind faith intact, I nevertheless attended 6 more of her training classes where I learned exactly what NEVER to do to a dog if you want to have a loving and trusting relationship with them. I quit the school, saying “I’ve got a better idea about how to train this dog”. And I did.

Q: What is the most commonly asked question from dog owners?
A: “Can you make my dog listen to me?!?!?” And I tell them “Oh, he’s listening all right! To the endless stream of ever-changing words you’ve never clearly explained the meaning of. To the harsh tones that he’s learned to either fear or ignore. To your begging and pleading and cajoling that actually, to a dog, sounds a lot like praise.” The true first step is to teach the owners to listen to their dogs. When that happens, the rest falls into place in a heartbeat.

Q: How old were you when you realized you had a gift for dogs?
A: As my family tells it, they saw my dog training tendencies at a very young age. I actually have a home video of me, age three, holding the leash of our dog, an 80-lb. Great Prynese named Tedi. In the video you see her start pulling on the leash and my mom grabs it so I won’t do a face plant in the driveway. But the best part is what happens next–I start pulling on the small bit of leash that I still had in my hands. I think that was my first dog training lesson! Interestingly enough, the training “gene” seems to have been passed on to my two children, also.

I didn’t come from a show dog family. Like everyone else, we just “had” a dog. She ate Alpo, ran around our (fenced!) yard and slept on a blanket in the hallway. No one in my family ever trained dogs and, as a child, I’d never seen anyone who was a dog trainer. When I was about 6 years old I can clearly remember that I could get Tedi to follow me around the yard if I had food in my hands. So, if she could follow me, then I could get her to do tricks, right? I had started with dry dog biscuits but when I upped the ante, so to speak (read: deli turkey!) she was more eager and willing to do what I asked. For years my mother thought the guy at the deli counter was shorting us — she’d order a pound, but the next day, when she went to make a sandwich, there was half that amount in the wrapper. No one noticed that our dog perpetually had turkey breath, either!

When I was 19, I started competing in American Kennel Club obedience trials and also began teaching professionally. At that time, I met a lot of wonderful trainers, one of whom told me right from the start that I had an amazing gift.

Q: Do you think that any dog–good or bad–is trainable?
A: I very much believe that. Any dog can be better than it is at this very moment with the right training. A lot of dog owners come to me saying their dog failed obedience school, and it breaks my heart! Many schools/instructors teach with a “one size fits all” method. So if your dog won’t sit for a dog biscuit (or whatever method they’re using to teach the sit), then he gets labeled “stupid” or “stubborn” or “untrainable.” Not true!! Maybe that dog would have learned a sit quicker for a different treat, or a special toy, or maybe he needed to be guided into a sitting position, but the bottom line is that every dog can be taught to be obedient. The key–and it’s the cornerstone of my method–is finding out who your dog is and adapting your training to that unique dog. So your dog–the one who’s a couch potato, is a finicky eater and sleeps with a squeaky toy named “Harold”–can be as well trained as your neighbor’s dog who is high energy, loves every treat he’s offered and will work without a reward for hours. The end result will be the same, the way they get there will be different.


Q: Is there a best age to start training your puppy or dog?
A: The “old school” says to start a 6 months of age. Not great advice considering puppies hit adolescence (think teenagers!) at just about that age, so the rebellion factor tends to be a bit higher. Puppies, starting at 8 weeks of age, are in the “What can I do for you?” stage. They love to follow you around (heeling!), play games of your choice (sit, down, come!) and are heavily motivated by food rewards. Professional/competitive trainers have known this forever–puppies are walking sponges! And if someone needs a bit more convincing, I offer this short quiz: Is your puppy old enough to get hit by a car? If so, start training.

Q: Tell us about your other projects, work with the Humane Society etc..
A: While I was in Florida I spoke at schools in the Martin County, Florida, school system for its Humane Education Program. We would have large assemblies of kids and would teach them about the responsibilities of owning a pet, the importance of spaying and neutering a pet, and the importance of training your pet. At the end of the talk I would do a dog obedience demonstration, complete with hand signals and retrieves over jumps.

Annually I was invited to do a dog training demo for the Treasure Coast Humane Society’s fund raiser, the Chocolate Festival.

For that same shelter’s Pet Facilitated Therapy Program, I led testing and evaluation of dogs and handlers who so generously volunteered their time. Once certified, these teams went to nursing homes and head trauma units to bring smiles to the faces of the residents and patients.

Additionally, I evaluated the temperament of dogs brought into their shelter to determine their adoptability. My ability to “read” people and dogs helped potential owners adopt pets that were well suited to their personalities and lifestyles, thereby reducing the rate of returned dogs to the shelter.

Q: What kind of dog(s) do you own?
A: I now have 3 dogs–my dog is a 1 year-old border collie named Quick. He’s trained in agility and competitive obedience, which I hope, one day, to get back into! My 11 year-old son has a 4 year-old Jack Russell Terrier who is trained in agility and basic obedience. My 6 year-old daughter also has a border collie, Cheddar, who is 5 months old and at this very moment is racing around the yard chasing invisible sheep. I consider all these breeds to be “trainer’s breeds” and not for the faint of heart.