The Fellowship of the Ring (Media Tie-in) Teacher’s Guide 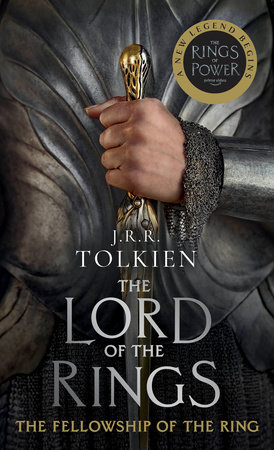 The Fellowship of the Ring (Media Tie-in) Teacher’s Guide

The Fellowship of the Ring is the first book in the dazzling trilogy The Lord of the Rings. J.R.R. Tolkien’s complete manuscript, which is longer than War and Peace, was predicted to be a financial failure when it was first published in 1954. Ironically, The Hobbit and The Lord of the Rings have enjoyed an extended popularity and have earned their place as a favorite amongst readers of all ages.

The Fellowship of the Ring picks up where The Hobbit left off. The strange and precious Ring has taken its toll on Bilbo through the years and he decides, with help from the mysterious Gandalf, to leave it to his adopted heir and cousin, Frodo Baggins, along with his dwelling at Bag End. This sets Frodo on a collision course with Sauron, The Dark Lord himself later in the trilogy. The Fellowship of the Ring tells the story of the Ring, its departure from the Shire and its delivery into the Land of Mordor. The Fellowship consists of members of the remaining forces for good as they struggle to quell the rising darkness in Middle-earth.

How does Hobbit talk fuel the anticipation around Bilbo’s birthday party? What is the signifigance in the way Bilbo leaves the Shire? What does Gandalf contribute to the party? How does Bilbo show his strength over the Ring?

What is the news enters the Shire? What does Gandalf tell Frodo about the Ring? Who is Sméagol or Gollum? Who is Sauron?

Why is Gandalf trying to piece together the story of the Ring? What does Gandalf tell Frodo he must do with the Ring? Who will travel with Frodo when he leaves the Shire?

Who do the hobbits meet on the road to Buckland? What do the hobbits do to pass time and ease their fears? How do the hobbits elude the Black Riders? Why does Frodo fear Farmer Maggott? Who meets the group as they prepare to cross the Brandywine?

What is the conspiracy planned by Pippin, Merry and Sam? Why do they choose to travel through the Old Forest? What is Frodo’s dream?

How does the Old Forest force the direction of the hobbits? Why do they want to get to the East Road? Who is Tom Bombadil?

Who is Goldberry? What is Frodo’s dream? What keeps the hobbits at Tom’s house? Why does Frodo put the Ring on?

What mood pervades the scene at the Prancing Pony Inn? What mistakes do the hobbits make at the Inn? How does Frodo break up the party? What does the stranger in the corner call Frodo?

What does Strider want? What did Butterbur forget to do? What did Merry see on his walk? What does Aragorn predict will happen?

What happens in the Shire at the beginning of Chapter 11? What events delay the group’s departure from the Prancing Pony? Who is Bill Ferny and what does the group get from him? What do they see in the night sky over Weathertop? What are the signs at Weathertop that Gandalf is near? What story does Aragorn tell during the night on Weathertop? Why does Frodo decide to put the Ring on and what does he see that the others can’t?

What is the nature of Frodo’s injury? What does Strider do to help Frodo? What sign does the group find at the River Hoarwell to know it is safe to cross? Who finds the group on the path to Rivendell? Why is it that Frodo cannot remain with his friends? Describe the scene at the Ford of Rivendell? How many Black Riders chase Frodo and how does he escape? What do the hobbits, Aragorn and Glorfindel do to ensure Frodo’s escape?

Who is in the room when Frodo wakes up in Rivendell? Considering that Frodo has proved his courage in several ways already, how does his prove him to be special? Gandalf reports the islands of power are under seige. What is Gandalf’s prediction for Frodo? Who commanded the flood that washed away The Nine? Who is Glóin? Who is the cloaked figure in the Hall of Fire? What does Frodo see when he shows his old friend the Ring? What story does Bilbo tell in song?

What is the purpose of the Council of Elrond? What does the Enemy know now and who gave them most of their information? How and why was Gandalf’s trip to accompany Frodo delayed? What does it mean for the Council? What are the two options for The Ring? Which course of action does the Council advise? Boromir suggests using the Ring for good. How does Elrond show this to be folly? What is the weakness in Sauron and how will the group catch him off guard? What is the strategy of the Council of Elrond? Frodo again shows his courage, as do other members of the group. Who are they and how do they display it?

Who are the nine members of The Fellowship of the Ring? Why is each one chosen? What gifts does Bilbo give to Frodo? How is the weather controlled by the Dark Lord at the mountain pass of Caradhras?

What is the only option left to the Company? How does Gandalf get the Company into the Dwarf doors? What does Frodo notice about himself since receiving the wound on Weathertop? What does he hear in Moria? Why does Gimli tell Durin’s tale? What does the morning light allow the Company to find?

What strange land does the Company arrive into from Moria? What is reveal during the healing of Frodo’s wound? Who does the Company meet in the trees of Lothlórien? What does Frodo see climbing up the tree in the night? Why do the elves not want Gimli in the trees or in the forest? How does Aragorn keep the Company moving and divert a disaster? What power does the Dark Lord possess that keeps forces of good separated? What do the elves sing about? Where are they planning on going? Who sends the news to unmask the Company? What is the nature of time in Cerin Amroth?

How is the decision making process of the Company delayed? How do the elves prepare the Company for their journey? Name the gift each member of the Company receives and tell why it is significant to each. What wound does Gimli receive in leaving Lothlórien?

What is Sam’s dream while floating down the Great River? How is Nature bent toward destroying the Company down stream? What is Aragorn’s plan and why does Boromir disagree with it? What significance is there in the hands of the Pillars of Kings?

What decision is forced upon the Company in the shadow of Tol Brandir? Who must make that decision? What does Boromir advise Frodo to do with the Ring? What does Frodo see on Amon Hen? What action does he take which shows his strength and courage? How does Frodo elude the Company and who isn’t fooled by his plan?

1. Considering that the Lord of the Rings was published in the early 1950s. What influences of the post-WW II era do you see in The Fellowship of the Ring?

2. The elves in Lothlórien discuss a Nirvana or Heaven across the Sea. For Tolkien, could America have been the imagined, distant land of peace and prosperity?

3. Throughout the Fellowship of the Ring, characters long for the peaceful days of freedom in the past, or an idealized future into which they hope to move. How do these idealized notions of freedom keep the struggle for freedom alive in the Company?

7. Discuss how the Elves and Dwarves have feuded, how men lost Gondor to the rising Dark Lord because "…the blood of Numenoreans became mingled with that of lesser men." (p. 294) Discuss themes of racial superiority in the book and consider the racial attitudes present in pre-WW II Germany, Bosnia, Kosovo, African Congo, etc.

8. Discuss Tom Bombadil. When he wore the Ring, nothing happened, making Frodo think the power of the Ring was lost. Bombadil is mentioned at the Council of Elrond, but it is decided that he will not be called because he is his own master. What does it mean to remain neutral in a battle of Good vs. Evil?

9. While at Tom Bombadil’s on the edge of the Old Forest and in Lothlórien, members of the group have a different sense of time. Discuss the differences between a linear concept of time and one that tends to be spatial or non-linear.

10. How is the Fellowship of the Ring like the Commonwealth that existed in England?

11. Throughout much of the book, weather or natural objects play a role in deterring the group from reaching its goal, sometimes the natural environment takes action against the Company. Discuss the role of nature (natural environment, natural phenomena) in the service of Good or Evil.

13. "But the only measure that he knows is desire, desire for power; and so he judges all hearts. Into his heart the thought will not enter that any will refuse it, that having the Ring we may seek to destroy it." Says Gandalf. (p. 322) Discuss how the Company plans to use this approach to surprise the Dark Lord.

14. Gandalf the Grey, Saruman the White, Radagast the Brown, The Black Riders. Discuss the connection of color to characters.