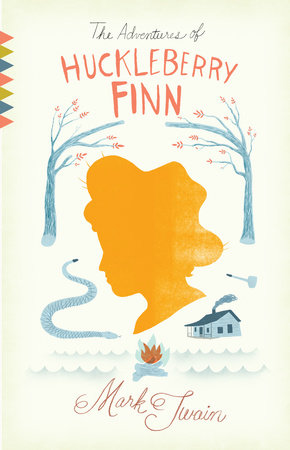 1. Critics have long disagreed about exactly what role Jim plays in Huckleberry Finn. Some have claimed, for example, that his purpose is solely to provide Huck with the opportunity for moral growth, while others have argued that he is a surrogate father figure to Huck. What do you think is Jim’s role in the novel?

2. The ending of Huckleberry Finn has been the source of endless critical controveryse. Though no less than T.S. Eliot and Lionel Trilling defended the ending on the grounds that it is structurally coherent ("It is right," Eliot stated, "that the mood of the book should bring us back to the beginning"), many critics feel that the return of Tom Sawyer and his elaborate scheme for Jim’s escape reduces what had been a serious quest for freedom to a silly farce. Bernard de Voto wrote, "In the whole reach of the English novel there is no more aburpt or more abrupt or chilling descent." How does the ending strike you?

3. The Mississippi can be considered a character in its own right in Huckleberry Finn. Discuss the role of the river in the novel.

4. How do humor and satire function in the book?

5. Critic William Manierre argued in a 1964-65 essay that "Huck’s ‘moral growth’ has…been vastly overestimated," noting for example, that when his conscience begins to give him trouble, he decides he will "do whichever came handiest at the time," and that while Huck can be seen to achieve a kind of moral grandeur when he tears up the note he’s written to Miss Watson, that achievement is underminded by his easy acceptance of Tom Sawyer’s scheme in the last ten chapters. Do you agree or disagree?

6. In "The Greatness of Huckleberry Finn," Lionel Trilling stated that the style of the book is "not less than definitive in American literature," and Louis Budd has noted that "today it is standard academic wisdom that Twain’s precedent-setting achievement is Huck’s language." Discuss the effect of Twain’s use of colloquial speech and dialect in the novel.

Learn More About The Adventures of Huckleberry Finn
print

The Call of the Wild, White Fang, and Other Stories

Death of a Salesman

Tortilla Flat
Back to Top