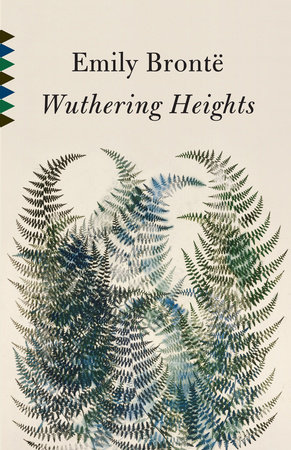 1. To what extent do you think the setting of the novel contributes to, or informs, what takes place? Do you think the moors are a character in their own right? How do you interpret Bronte’s view of nature and the landscape?

2. Discuss Emily Bronte’s careful attention to a rigid timeline and the role of the novel as a sober historical document. How is this significant, particularly in light of the turbulent action within? What other contrasts within the novel strike you, and why? How are these contrasts important, and how do they play out in the novel?

4. Do you think Bronte succeeds in creating three-dimensional figures in
Heathcliff and Cathy, particularly given their larger-than-life metaphysical passion? Why or why not?

5. Discuss Bronte’s use of twos: Wuthering Heights and Thrushcross Grange; two families, each with two children; two couples (Catherine and Edgar, and Heathcliff and Isabella); two narrators; the doubling-up of names. What is Bronte’s intention here? Discuss.

6. How do Mr. Lockwood and Nelly Dean influence the story as narrators? Do you think they are completely reliable observers? What does Bronte want us to believe?

7. Discuss the role of women in Wuthering Heights. Is their depiction typical of Bronte’s time, or not? Do you think Bronte’s characterizations of women mark her as a pioneer ahead of her time or not?

8. Who or what does Heathcliff represent in the novel? Is he a force of evil or a victim of it? How important is the role of class in the novel, particularly as it relates to Heathcliff and his life?

The Power of One
Bryce Courtenay

Pride and Prejudice
Jane Austen
Back to Top