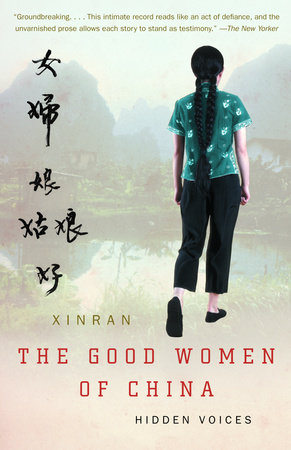 1. Do you think that Xinran’s mission with the Words on the Night Breeze and The Good Women of China, can ultimately be traced back to her own problematic relationship with her mother, and her absent father?

2. In her prologue, Xinran tells of when she risked her life fighting an attacker for her bag, as it contained her only finished manuscript. Would you do the same? Is life more important than a book?

4. Do you think Xinran agrees with the water/mountain comparison by the end of her stories? Consider this in the light of her use of imagery, and how these two motifs are used within the text.

5. Looking back at The Woman Who Loved Women story, do you think that if Taohong had not been raped she still would have found herself only able to love women? Is she really homosexual or just badly scarred?

6. It might be said that in some way Xinran is worthy of criticism for choosing to settle in England, leaving the women of China to a world that is still so behind Western standards of equality. Do you agree?

7. Which of the stories did you find most disturbing, and why?

Learn More About The Good Women of China
print

A Woman in Arabia