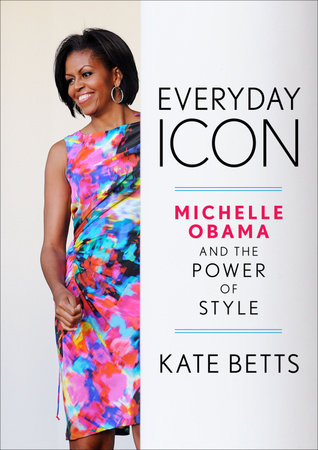 Michelle Obama and the Power of Style

In many ways the world has never seen a First Lady like Michelle Obama. From the precedent of her race to the singularity of her style, she has been the object of immense fascination. What she says, what she does, and not least, what she wears, is scrutinized around the world.

Writing at the crossroads of politics and fashion, Kate Betts explains why Michelle Obama’s style matters, and how she has helped liberate a generation of women from the false idea that style and substance are mutually exclusive. Following the transformation of Mrs. Obama from her early days on the campaign trail to her first state dinner at the White House, Betts, a longtime fashion journalist and former editor in chief of Harper’s Bazaar, reminds us that while style can be expressed in what you wear, it is inextricably bound up in who you are and what you believe in. In a smart, breezy voice backed by extensive interviews and historical research, Betts shows how Michelle Obama’s  bold confidence and self-possession have made her into an icon and transformed the way women see themselves, their roles, and their own style.

With two hundred color photographs, original designer sketches, and historical images, Everyday Icon is not only a lavish tour of our First Lady’s style statements, but also a fascinating behind-the-scenes account of how she created her image and, more important, what that image says about American style today. Much has been written about Michelle Obama, but Kate Betts places her in a broader cultural and historical context; Everyday Icon is the definitive book on how a working mother of two became an unforgettable, global style icon. 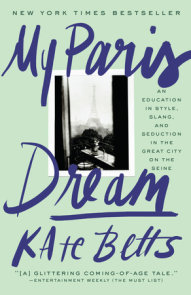 See all books by Kate Betts

“Mrs. Obama is the subject of a new book by Kate Betts, a Vogue and Harper’s Bazaar veteran who has turned what might have been a coffee-table accessory into a volume with wit, verve, a sense of history and loads of nifty photos.”
—The Daily

“Lots o’ buzz will accompany this fashion portrait of First Lady Michelle Obama…[Kate] not only takes great care in following Obama’s transition from power wife to power mom but also does a credible examination of the personal styles of Jackie Kennedy, Hillary Clinton, and Nancy Reagan, to mention three influential presidential companions. What is of prime importance is the recognition that style matters and that the careful expression of personal style—which all three women demonstrated—is the highest manifestation of a woman secure in herself. Great photographs add power to the author’s words; and sidebars, such as notes about couturiers (including Arnold Scaasi) and the 10 commandments of First Lady style, provide some additional intelligence. An easy read that is bound to be asked for by many readers.”
— Booklist

“Betts has been an avid observer of first lady Michelle Obama’s style since she first stepped into the limelight. More than a fashion handbook, this book serves as an exploration of the societal and political implications of Mrs. Obama’s style, a pondering of why style matters, and an argument for the notion that ‘style is a part of the content of one’s character’…Betts takes a fascinating, well-researched look at first ladies throughout history…and muses on the ways in which they were a reflection of women’s roles during their years in the White House. With its fine mix of deconstruction and designer interviews, well-sourced research and sumptuous photos, Betts has created a book that is eye and brain candy alike.”
—PW

“A scintillating fashion biography of Michelle Obama’s inimitable style and its far-reaching influence. Beyond the analysis of [Obama’s] uncannily self-possessed style, Betts provides an intriguing contextualization of Obama within the historical framework of other groundbreaking First Ladies—Dolley Madison, Mary Todd Lincoln, Grace Coolidge, Eleanor Roosevelt, Jackie O, Hillary Clinton—as well as within the current postfeminist moment in American culture…The author clearly champions her subject, her book should have widespread appeal. A sharp, lavishly illustrated biography of one of the most influential figures in refashioning the roles of women.”
—Kirkus Reviews

“Betts…convincingly portrays the First Lady as an everyday fashion icon…Clearly, Betts supports Obama’s sense of style, and she backs up her stance with quotes from fashion experts, substantive text, and generous photographs of the First Lady. This book is written in a chatty style that will appeal to the casual reader but has enough information for fashion students. With so many people interested in the First Lady’s wardrobe, it should have ample readership.”
—Library Journal

“You can put almost any woman in beautiful clothes and she will look amazing. But if you put an amazing woman in even the simplest clothes, you redefine style completely. Kate Betts reminds us that grace, confidence and intelligence add up to true radiance.”
–Calvin Klein

“What a rich book this is, flowing with brilliant cultural insights, smart fashion, and reporting surprises! I learned more about Michelle Obama from Kate Betts than from any other source.”
–David Maraniss, biographer of Bill Clinton and Barack Obama

“Kate Betts looks at style like no one else—the true essence of style being beyond what you wear. First lady Michelle Obama exemplifies the ‘power of style’ through her everyday dignity and grace.”
–Millard “Mickey” Drexler, Chairman and CEO, J. Crew

“American fashion and American politics have long had something unfortunate in common, namely that they tend to treat black women as though we are invisible. As Everyday Icon beautifully illustrates, thanks to Michelle Obama, we are invisible no more…Everyday Icon reminds us that Michelle Obama represents a woman who wears the expectations of the world effortlessly, and whose authenticity is her greatest accessory.”
–Keli Goff, author, Party Crashing: How the Hip-Hop Generation Declared Political Independence