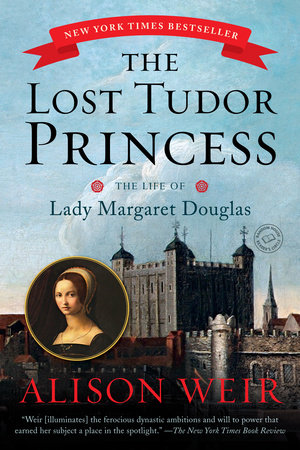 1. This book illuminates the life of Margaret Douglas, and how she was an important and influential woman whose life spanned five Tudor reigns. Why do you think she became “lost” to history?

2. How did the Earl of Angus’s decision to send his daughter Margaret to the English court impact her future?

3. Margaret had illicit love affairs and got involved in dangerous political plots. To what extent was she different from other royal women of her time? What allowed her to behave as she did?

4. How did Margaret view marriage in regard to both herself and her son Lord Darnley? Was it for personal or political gain?

5. Why did Margaret pose a threat to the rulers of England and Scotland?

6. Did you agree with the author’s interpretation of the love poems -between Margaret and Thomas Howard? Such source material is a gift to historians; did the poems enhance your enjoyment of the book?

7. Margaret was lady–in–waiting for four of Henry’s six wives. With her extensive exposure to the throne, what kind of queen do you think she would have been?

8. Margaret was sent to the Tower several times, yet managed to survive each time, while so many who shared that fate did not. Why do you think she was never condemned to death or simply left there to die?

9. How might British history have played out differently if Margaret Douglas had never lived?

10. What is your opinion of Lennox? Do you admire him? Why or why not?

11. This story is full of religious rivalries and intolerance between -Protestants and Catholics. How would you compare religious conflict during the Tudor period to the religious hostilities that divide our contemporary world?

12. What do you see as the reason for the years of rivalry and chilly relations between Queen Elizabeth I and Margaret Douglas? Did they really hate each other, or was there admiration on either or both sides?

13. How can you account for the astonishing reconciliation between Margaret and Mary, Queen of Scots? Are you convinced by the author’s explanation?

14. Do you think there is any truth to the allegations that Margaret was poisoned? If not, how did the tale come about?

15. How would you describe Margaret’s life? A tragedy? A fiasco of her own making? Or the ultimate triumph of dynastic diplomacy?

What Really Happened to Lord Darnley?