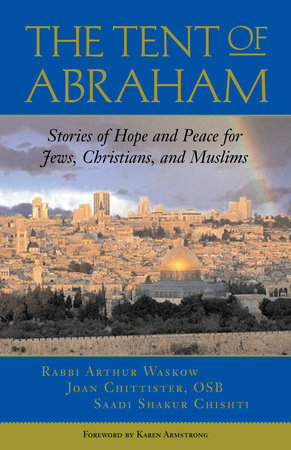 The Tent of Abraham

Stories of Hope and Peace for Jews, Christians, and Muslims

Stories of Hope and Peace for Jews, Christians, and Muslims 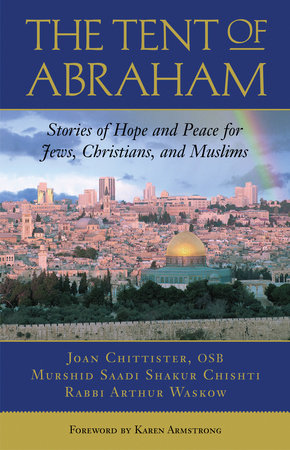 About The Tent of Abraham

The Tent of Abraham is the first book to tell the entire story of Abraham and to reenergize it as a basis for peace. Written by three leaders belonging to different faiths, the book explores in accessible language the mythic quality and the teachings of reconciliation that are embedded in the Torah, the Qur’an, and the Bible.

About The Tent of Abraham

In recent years there has been an explosion of curiosity and debate about Islam and about the role of religion, both in the world and in the Arab-Israeli conflict. The numerous books published on these questions speak to issues of politics, history, or global security. None speaks to the heart and the spirit, and yet millions of people experience these issues not as political, economic, or intellectual questions but as questions of deep spiritual, emotional, and religious significance.

The Tent of Abraham provides readers with stories that can bring all the faiths together. Written by Saadi Shakur Chishti, a Scottish American Sufi, Rabbi Arthur Waskow, an American Jew, and Joan Chittister, a Benedictine sister, the book explores in accessible language the mythic quality and the teachings of reconciliation that are embedded in the Torah, the Qur’an, and the Bible. It also weaves together the wisdoms of the Jewish, Muslim, and Christian traditions into a deeper, more unified whole.

The Tent of Abraham is the first book to tell the whole story of Abraham as found in Jewish, Christian, and Muslim sources and to reenergize it as a basis for peace.

“At a time when we have seen too much certainty [of dogmatic faith], The Tent of Abraham reminds us that the kind of confusion, fear, and dismay that so many of us are experiencing can be the start of a new religious quest . . . The Tent of Abraham brings three religious traditions together so that we may all become more familiar with the faiths lived by the strangers around us.”–Karen Armstrong, from the Foreword

Rabbi Arthur Waskow is the director of The Shalom Center in Philadelphia and author of numerous books, including Seasons of Our Joy (Beacon/ 3611-0/ $18.00 pb) and Down-to-Earth Judaism. Joan Chittister, OSB, is a best-selling writer and lecturer. She lives in Erie, Pennsylvania. Saadi Shakur Chishti (Neil Douglas-Klotz) is an internationally known Sufi scholar and writer. His most recent book is The Sufi Book of Life.
<hr>
Rabbi Arthur Waskow, one of the authors of The Tent of Abraham: Stories of Hope and Peace for Jews, Christians, and Muslims is the “weaver” of a new haggadah or “telling” for Passover. It is called “The Passover of Peace: A Seder for the Children of Abraham, Hagar, and Sarah.”

This Seder is built on the Biblical and Muslim stories of Abraham, Hagar and Sarah, Ishmael and Isaac, rather than on the story of the Exodus from Egypt. It has been and can be used as a context for thought and action toward peace in the Middle East, by Jewish families, congregations, and communities; by groups of Jews and Palestinians or Jews and Muslims: or by groups of all three Abrahamic faiths.

The Palestinian/Israeli conflict has elicited many books exhorting political and religious peace in the Middle East, but none has appealed to individual minds and hearts quite like this one. —LibraryJournal, starred review

“The stories of our common ancestors told in this book with such creative imagination inspire all of us to build community across the walls that normally divide us.” —Bob Edgar, general secretary, National Council of Churches

“This book will open your eyes to the possibilities for collaborative work between our traditions and is a must-read for those doing interfaith peacework.” —Tikkun

The Tent of Abraham