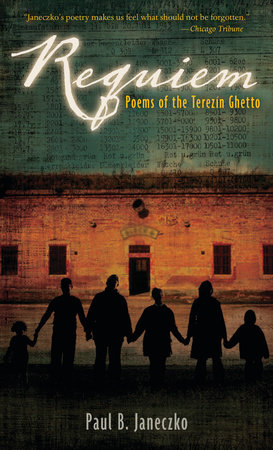 Poems of the Terezin Ghetto

Poems of the Terezin Ghetto 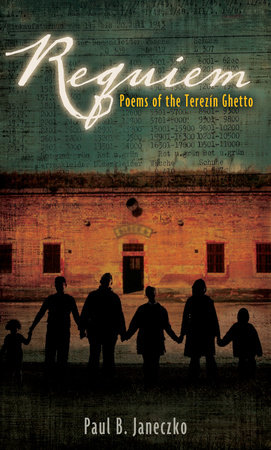 “Moving and brutal, a poetic remembrance of a tragedy too vast to forget.” — Kirkus Reviews

Acclaimed poet Paul B. Janeczko gives voice to the indomitable creative community of the Czech concentration camp of Terezín (Theresienstadt), emphasizing its dignity, resilience, and commitment to art and music in the face of great brutality. Accented with dramatic illustrations by prisoners, found after World War II, Janeczko’s spare and powerful poems convey Terezín’s tragic legacy on an intimate, profoundly moving scale.

Paul B. Janeczko’s stirring collection of poems goes inside the walls of the notorious camp to portray the indomitable spirit of those incarcerated there.

Hitler hailed Terezín (Theresienstadt) as a haven for artistic Jews, when in reality the Czech concentration camp was little more than a way station to the gas chambers. In his second book inspired by devastating history, acclaimed poet Paul B. Janeczko gives voice to this heartrending creative community: its dignity, resilience, and commitment to art and music in the face of great brutality. The many memorable characters he conjures include a child who performs in the camp’s now famed production of Brundibár, a man who lectures on bedbugs, and a boy known as “Professor,” who keeps a notebook hidden in his shoe. Accented with dramatic illustrations by prisoners, found after WW II, Janeczko’s spare and powerful poems convey Terezín’s tragic legacy on an intimate, profoundly moving scale. 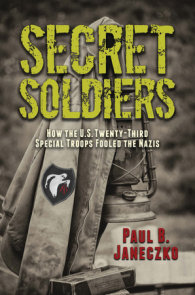 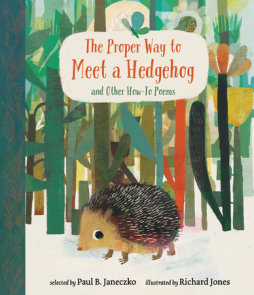 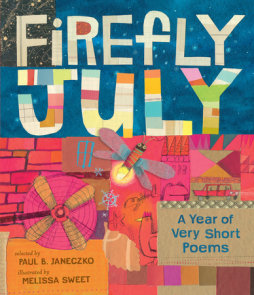 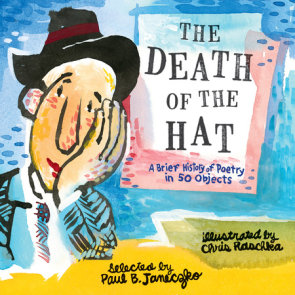 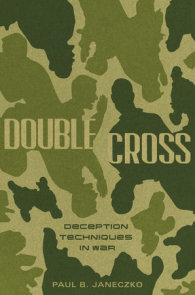 Nakedly stark accounts of circumstances unimaginable to most people today outside the pages of powerful writing like Janeczko’s. Somewhat disturbing imagery makes this book most suitable for mature readers, but its intimate glimpses of life inside the Holocaust will likely rank it among the most worthwhile teen reads for years to come.
—Library Media Connection (starred review)

Janeczko draws on factual records to imagine fictional characters, who narrate each poem in this searing collection. The inmates speak in spare, accessible free verse, and the plain words contrast with the enormity of their personal heartbreak, cruelty, and loss. …Together, the images and the poems capture unforgettable truths
—Booklist

The tragedy and inhumanity of the Terezín ghetto come to life in this powerful collection.The vivid poems, all but one written by fictional inmates, their Nazi oppressors, and local residents, reverberate with suffering, fear, resignation, despair, courage, and unspeakable brutality.
—School Library Journal

Verses are spare and accessible, filled with crushing historical weight; the first-person approach will make the entries particularly compelling as readers theater or readalouds.
—Bulletin of the Center of Children’s Books

Grim but forceful poems….Janeczko offers no easy explanations or closure where none can be found, but his powerful collection points to the troubling dual role that the arts played at Terezín—both as a chilling form of propaganda used by Nazis and an undeniable source of respite for their victims.
—Publishers Weekly

REQUIEM depicts life in the Czechoslovakian concentration camp from 1941 to its liberation… In thirty-six sparse, free-verse poems, Janeczko uses different characters to tell the same stories… Putting these poems next to each other makes each more powerful.
—VOYA

In haunting poems, Janeczko lays bare the strength, hope, and despair of those imprisoned at Terezin during the Holocaust… Readers are filled with a growing sense of sadness and anger; yet the works sing of the humanity and bravery of those who lived and died at Terezin.
—Horn Book

Janeczko’s poetry makes us feel what should not be forgotten.
—Chicago Tribune