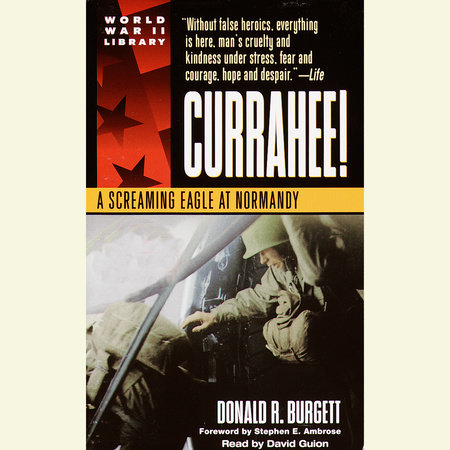 A Screaming Eagle at Normandy

In June 1944, the Allies launched a massive amphibious invasion against Nazi-held France. But under the cover of darkness, a new breed of fighting man leapt from airplanes through a bullet-stitched, tracer-lit sky to go behind German lines. These were the Screaming Eagles of the newly formed 101st Airborne Division. Their job was to strike terror into the Nazi defenders, delay reinforcements, and kill any enemy soldiers they met. In the next seven days, the men of the 101st fought some of the most ferocious close-quarter combat in all of World War II.

Now Donald R. Burgett looks back at the nonstop, nightmarish fighting across body-strewn fields, over enemy-held hedgerows, through blown-out towns and devastated forests. This harrowing you-are-there chronicle captures a baptism by fire of a young Private Burgett, his comrades, and a new air-mobile fighting force that would become a legend of war. 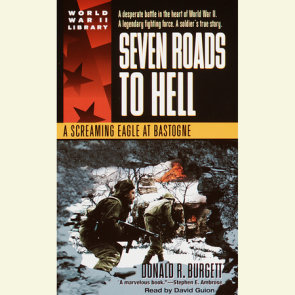 DONALD R. BURGETT lives in Howell, Michigan. He is the author of CURRAHEE! and the soon to be published THE ROAD TO ARNHEM.

"A fascinating tale of personal combat…portrays the courage, endurance, initiative and fighting qualities of an American soldier on a European battlefield of World War II."
— Dwight D. Eisenhower

"I have read a lot of books on the experience of combat from both World Wars, and this is by a longshot the best. Without qualification."
— Stephen E. Ambrose (from the Foreword)

"Without false heroics, everything is here, man’s cruelty and kindness under stress, fear and courage, hope and despair."
— Life