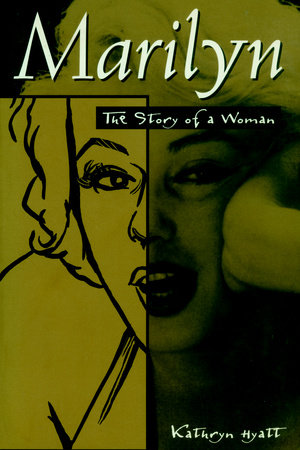 The Story of a Woman

Detailing Monroe’s life with unusual depth and empathy, this biography in comics form reexamines one of America’s most familiar icons in a startling and fresh way. Marilyn speaks for herself–to her psychoanalyst, to a reporter, and ultimately, to the reader of this book. Beginning where her unstable mother leaves off, Monroe picks up her dream of fame in early childhood. The reader follows Monroe’s rise to stardom, progressing through the lower depths of Hollywood into the hard realities of fame. Seen through the prism of Marilyn’s own inner world, her achievements and failures take on a new complexity and poignancy.
Marilyn: The Story of a Woman is told as a direct narrative in words and dark, compelling images. This biography will appeal to fans of Marilyn, comics, and anyone interested in women’s lives.


“An unglamorized bio-comic of Marilyn Monroe [in which] nothing and no one is sacred.” –Vogue