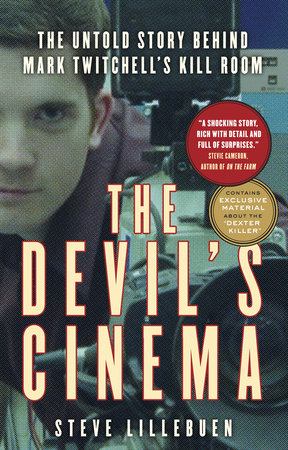 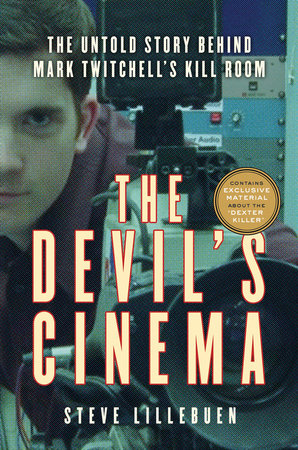 About The Devil’s Cinema

On the night of October 10, 2008, Johnny Altinger was heading to his first date with a woman he had met online. He was never seen again. Two weeks earlier, aspiring filmmaker Mark Twitchell, a young father with a devotion to the television series Dexter, began a three-day shoot for his latest short film. His horror story featured a serial killer who impersonates women on an online dating site to lure unsuspecting men to his suburban kill room. But was his script actually the blueprint for a real-life murder? And what of Twitchell’s other writings, including the elaborate and shocking document titled “S. K. Confessions”? Was it a work of fiction or a diary detailing his dark transformation into a would-be serial killer?
A powerfully gripping narrative, The Devil’s Cinema is the definitive account of the notorious “Dexter Killer,” a case and trial that captured the world’s attention. Steve Lillebuen takes us deep into the extraordinary police investigation and the lives of everyone involved, while unveiling never-before-revealed details, all drawn from extensive and exclusive interviews — including months of contact with the killer himself.

About The Devil’s Cinema

Reality and fantasy collide with shocking results in this riveting account of the notorious case of Mark Twitchell – and the police investigation into one of the most bizarre murders in recent memory.

In October 2008, Johnny Altinger, a 38-year-old Edmonton man, was on his way to a tryst with a woman he had met on an online dating website when he emailed the directions to their rendezvous to a concerned friend. He was never seen again. Two weeks before Altinger’s disappearance, independent filmmaker Mark Twitchell began shooting a low-budget horror film about a serial killer who impersonates a woman on an online dating website to lure his victims to their gruesome deaths. But these are just the starting points of the stranger-than-fiction case of Mark Twitchell, a man with a startling plan to turn his life-long love of fantasy and desire for fame into reality:

– Did Twitchell, in a horrific example of life imitating art, act out the grisly premise of his own script?

– Obsessed with Dexter, the popular TV show and book series about a fictional vigilante serial killer, Twitchell assumed Dexter Morgan’s profile on Facebook. But how far did he intend to take his fascination with Dexter?

– Is the shocking document “S.K. Confessions” a graphic work of fiction that, as Twitchell claims, he wrote to promote his film? Or is it a diary he kept of his transformation into a killer, and proof that the police stopped a prolific serial killer at the very beginning?

Veteran journalist Steve Lillebuen provides a gripping investigative account of the nesting doll intricacies of the case, plunging us into the world of pop culture fanaticism and into the mind of a self-professed psychopath. Drawing on extensive interviews, Lillebuen illuminates what can happen when some of our culture’s darkest obsessions are pushed to extremes.

STEVE LILLEBUEN is an experienced crime reporter whose work has been published in a wide range of respected media, including the Edmonton Journal, the Globe and Mail, the Toronto Star, the National Post, the Sydney Morning Herald, and around the… More about Steve Lillebuen

STEVE LILLEBUEN is an experienced crime reporter whose work has been published in a wide range of respected media, including the Edmonton Journal, the Globe and Mail, the Toronto Star, the National Post, the Sydney Morning Herald, and around the… More about Steve Lillebuen

“A well-written and researched exploration of a very dark side of a young would-be filmmaker who is perhaps a tad over-influenced in his life and actions by the fictional TV character, serial killer Dexter Morgan. The horrific crimes and the trial of Edmontonian Mark Twitchell is deftly presented by Steve Lillebuen in a book that is a well-paced, hard-to-put-down, real-life thriller.”
—Jury citation for the Arthur Ellis Award for Best Non-fiction

“A compelling and frightening account. . . . Lillebuen creates a fascinating and detailed narrative, from the killer’s and victim’s early lives to the dramatic and bizarre courtroom trial. With its ties to online communities, dating sites, pop culture and modern filmmaking, The Devil’s Cinema is a terrifying and intriguing account of murder in the digital age.”
—Winnipeg Free Press

“Remind[s] us how the borders of human interaction and connective technology have shifted so drastically, and in so little time. . . . “
—Edmonton Journal