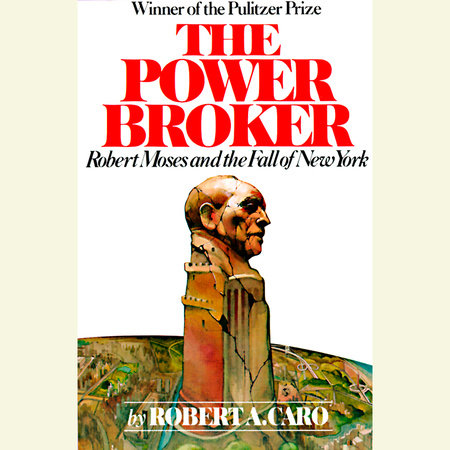 Robert Moses and the Fall of New York: Volume 1

By Robert A. Caro
Read by Robertson Dean

By Robert A. Caro
Read by Robertson Dean

About The Power Broker: Volume 1 of 3

PULITZER PRIZE WINNER • A modern American classic, this huge and galvanizing biography of Robert Moses reveals not only the saga of one man’s incredible accumulation of power but the story of his shaping (and mis-shaping of twentieth-century New York.  One of the Modern Library’s hundred greatest books of the twentieth century.

Robert Caro’s monumental book makes public what few outsiders knew: that Robert Moses was the single most powerful man of his time in the City and in the State of New York. And in telling the Moses story, Caro both opens up to an unprecedented degree the way in which politics really happens—the way things really get done in America’s City Halls and Statehouses—and brings to light a bonanza of vital information about such national figures as Alfred E. Smith and Franklin D. Roosevelt (and the genesis of their blood feud), about Fiorello La Guardia, John V. Lindsay and Nelson Rockefeller.

But The Power Broker is first and foremost a brilliant multidimensional portrait of a man—an extraordinary man who, denied power within the normal framework of the democratic process, stepped outside that framework to grasp power sufficient to shape a great city and to hold sway over the very texture of millions of lives. We see how Moses began: the handsome, intellectual young heir to the world of Our Crowd, an idealist. How, rebuffed by the entrenched political establishment, he fought for the power to accomplish his ideals. How he first created a miraculous flowering of parks and parkways, playlands and beaches—and then ultimately brought down on the city the smog-choked aridity of our urban landscape, the endless miles of (never sufficient) highway, the hopeless sprawl of Long Island, the massive failures of public housing, and countless other barriers to humane living. How, inevitably, the accumulation of power became an end in itself.

Moses built an empire and lived like an emperor. He was held in fear—his dossiers could disgorge the dark secret of anyone who opposed him. He was, he claimed, above politics, above deals; and through decade after decade, the newspapers and the public believed. Meanwhile, he was developing his public authorities into a fourth branch of government known as “Triborough”—a government whose records were closed to the public, whose policies and plans were decided not by voters or elected officials but solely by Moses—an immense economic force directing pressure on labor unions, on banks, on all the city’s political and economic institutions, and on the press, and on the Church. He doled out millions of dollars’ worth of legal fees, insurance commissions, lucrative contracts on the basis of who could best pay him back in the only coin he coveted: power. He dominated the politics and politicians of his time—without ever having been elected to any office. He was, in essence, above our democratic system.

Robert Moses held power in the state for 44 years, through the governorships of Smith, Roosevelt, Lehman, Dewey, Harriman and Rockefeller, and in the city for 34 years, through the mayoralties of La Guardia, O’Dwyer, Impellitteri, Wagner and Lindsay, He personally conceived and carried through public works costing 27 billion dollars—he was undoubtedly America’s greatest builder.

This is how he built and dominated New York—before, finally, he was stripped of his reputation (by the press) and his power (by Nelson Rockefeller). But his work, and his will, had been done.

Listen to a sample from The Power Broker: Volume 1 of 3

Also by Robert A. Caro 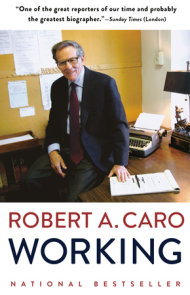 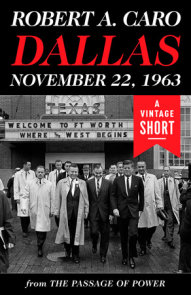 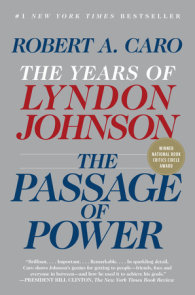 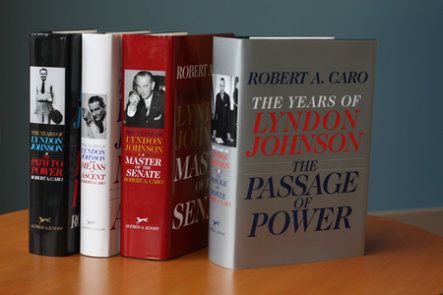 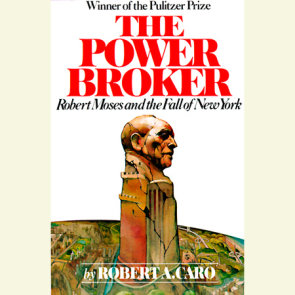 See all books by Robert A. Caro

About Robert A. Caro

For his biographies of Robert Moses and Lyndon Johnson, Robert A. Caro has twice won the Pulitzer Prize for Biography, has three times won the National Book Critics Circle Award, and has also won virtually every other major literary honor,… More about Robert A. Caro 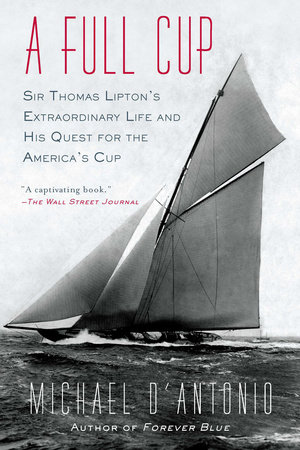 The Miracle of Castel di Sangro 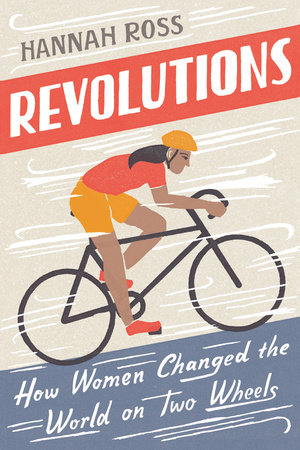 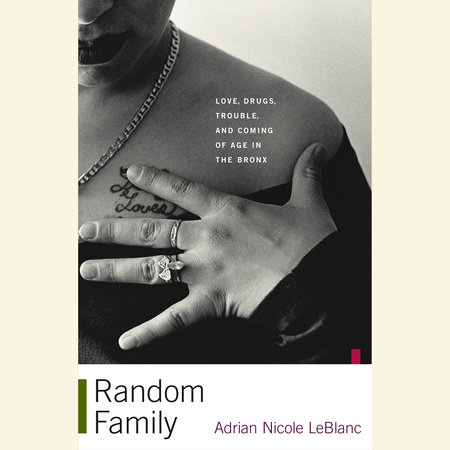 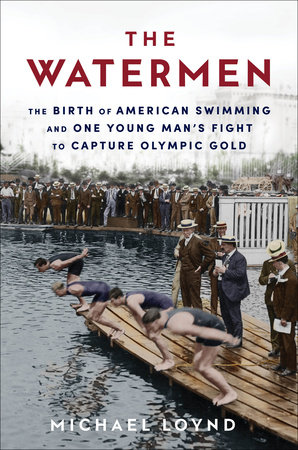 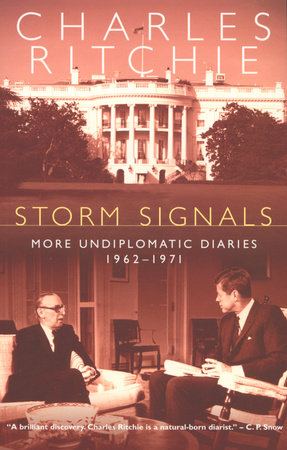 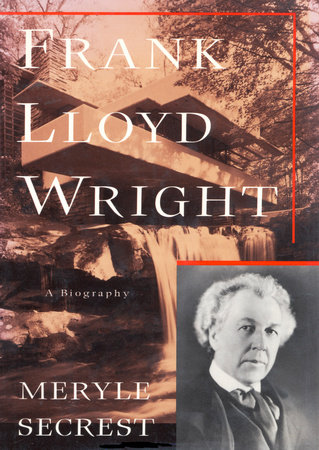 “Surely the greatest book ever written about a city.” —David Halberstam, Pulitzer–Prize winning journalist and author of The Best and the Brightest

“I think about Robert Caro and reading The Power Broker back when I was twenty-two years old and just being mesmerized, and I’m sure it helped to shape how I think about politics.” —President Barack Obama

“The most absorbing, detailed, instructive, provocative book ever published about the making and raping of modern New York City and environs and the man who did it, about the hidden plumbing of New York City and State politics over the last half-century, about the force of personality and the nature of political power in a democracy. A monumental work, a political biography and political history of the first magnitude.” —Eliot Fremont-Smith, New York

“One of the most exciting, un-put-downable books I have ever read. This is definitive biography, urban history, and investigative journalism. This is a study of the corruption which power exerts on those who wield it to set beside Tacitus and his emperors, Shakespeare and his kings.” —Daniel Berger, Baltimore Evening Sun

“Simply one of the best nonfiction books in English of the past 40 years . . . There has probably never been a better dissection of political power . . . From the first page . . . you know that you are in the hands of a master . . . Riveting . . . Superb . . . Not just a stunning portrait of perhaps the most influential builder in world history . . . but an object lesson in the dangers of power. Every politician should read it.” —Dominic Sandbrook, The Sunday Times

“A study of municipal power that will change the way any reader of the book hereafter peruses his newspaper.” —Philip Herrera, Time

“A triumph, brilliant and totally fascinating. A majestic, even Shakespearean, drama about the interplay of power and personality.” —Justin Kaplan

“In the future, the scholar who writes the history of American cities in the twentieth century will doubtless begin with this extraordinary effort.” —Richard C. Wade, The New York Times Book Review

“The feverish hype that dominates the merchandising of arts and letters in America has so debased the language that, when a truly exceptional achievement comes along, there are no words left to praise it. Important, awesome, compelling–these no longer summon the full flourish of trumpets this book deserves. It is extraordinary on many levels and certain to endure.” —William Greider, The Washington Post Book World

“A modern Machiavelli’s Prince.” —The Guardian

“One of the great biographies of all time . . . [by] one of the great reporters of our time . . . and probably the greatest biographer. He is also an extraordinary writer. After reading page 136 of his book The Power Broker, I gasped and read it again, then again. This, I thought, is how it should be done . . . One of the greatest nonfiction works ever written . . . Every MP, wonk and would-be wonk in Westminster has read [Robert Caro’s The Years of Lyndon Johnson], because they think it is the greatest insight into power ever written. They’re nearly right: it’s the second greatest after The Power Broker.” —Bryan Appleyard, The Sunday Times

“Apart from the book’s being so good as biography, as city history, as sheer good reading, The Power Broker is an immense public service.” —Jane Jacobs

“Required reading for all those who hope to make their way in urban politics; for the reformer, the planner, the politician and even the ward heeler.” —Jules L. Wagman, Cleveland Press

“An extraordinary study of the workings of power, individually, institutionally, politically, and economically in our republic.” —Edmund Fuller, The Wall Street Journal

“Caro has written one of the finest, best-researched and most analytically informative descriptions of our political and governmental processes to appear in a generation.” —Nicholas Von Hoffman, The Washington Post

“This is irresistibly readable, an outright masterpiece and unparalleled insight into how power works and perhaps the greatest portrait ever of a world city.” —David Sexton, The Evening Standard

“Caro’s achievement is staggering. The most unlikely subjects–banking, ward politics, construction, traffic management, state financing, insurance companies, labor unions, bridge building–become alive and contemporary. It is cheap at the price and too short by half. A milestone in literary and publishing history.” —Donald R. Morris, The Houston Post

“A masterpiece of American reporting. It’s more than the story of a tragic figure or the exploration of the unknown politics of our time. It’s an elegantly written and enthralling work of art.” —Theodore H. White

“A stupendous achievement . . . Caro’s style is gripping, indeed hypnotic, and he squeezes every ounce of drama from his remarkable story . . . Can a democracy combine visionary leadership with effective checks and balances to contain the misuse of power? No book illustrates this fundamental dilemma of democracy better than The Power Broker . . . Indeed, no student of government can regard his education as complete until he has read it.” —Vernon Bogdanor, The Independent

“Irresistible reading. It is like one of the great Russian novels, overflowing with characters and incidents that all fit into a vast mosaic of plot and counterplot. Only this is no novel. This is a college education in power corruption.” —George McCue, St. Louis Post-Dispatch