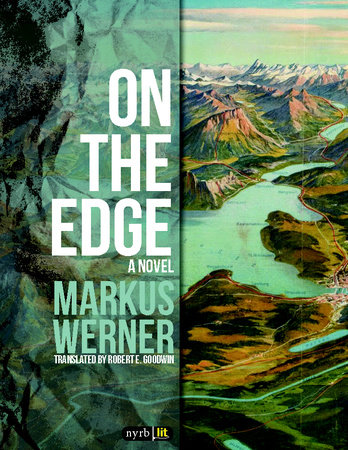 About On the Edge

A psychological drama with a masterful, pulse-quickening plot revolving around two seemingly very different men, who have more in common than they know.

Thomas Clarin is a divorce lawyer whose profession has fostered a deep and abiding distrust of marriage, preferring instead to “play the field.” Thomas Loos is a somber widower intensely mourning his wife’s death. With Clarin’s flirtatious, roving eye and Loos’s complete disenchantment with the world around him, it would seem these men had nothing in common. But after a fateful meeting in a crowded Swiss restaurant, the two strike up a conversation that unearths unnerving coincidences.

With brilliant ease, Werner’s meticulously rendered story begins quietly at first, then grabs its reader, refusing to let go. On the Edge, widely acclaimed by reviewers as a treasure of contemporary German literature, has been published in 15 different countries, and has sold over 400,000 copies in Germany alone since its publication in 2004.

“On the Edge captivates the reader from the very first line.” — Pia Reinacher, Frankfurter Allgemeine Zeitung

“[On the Edge] appears harmless—and then moves your world.” — Susanne Schader, Die Presse

“The miraculous ease with which this novel combines weighty philosophical issues with a gripping story is a rarity in contemporary German literature.” — Marion Lühe, Rheinischer Merkur