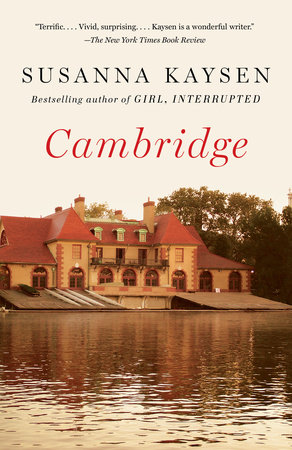 The questions, discussion topics, and other material that follow are intended to enhance your group’s conversation about Cambridge, a novel-from-life that explores the intersection of home and memory from the point of view of a little girl from a town—and family—where academia pervades all areas of life.

For Susanna, the child narrator of Cambridge, the eponymous city where she lives in Massachusetts is more than just home: it is an idea bigger than she. Cambridge is the place where the familiar is defined by brilliance and innovation—and the only place where she truly knows herself. When she is in the second grade her father, a Harvard economist, whisks the family away to England for his work. But in this “other Cambridge,” Susanna finds herself lost, clinging to memories of her school, beloved cat, bike rides around Harvard Square, and friends. As they travel across Europe, Susanna continuously redefines what her native Cambridge means to her, fearing that she’ll return to a home where she no longer fits in. She eventually realizes that in growing up—and seeing the world—it’s not that she has to worry about Cambridge changing. Rather, Susanna is the one who is different.

In the hands of the dazzling author of Girl, Interrupted, Cambridge of the 1950s comes to vivid life, featuring Kaysen’s keen and knowing voice. Cambridge casts a poignantly reflective eye on the ways we all—albeit often reluctantly—must move away from home.

1. How do the lines, in verse form, that open the novel set the tone for the narration to come? Did the story that follows meet these expectations?

2. What does Frederika’s company provide Susanna with that her parents cannot? How does their relationship change over the course of the novel?

3. In Susanna’s mind, what is the connection between a place and its language? How is this reflected in her love of diagramming sentences versus her studies of math, especially in England where the conflict over “Cambridge” is most pronounced?

4. Susanna “flies” twice while in England but in two very distinct ways. What is the key difference between her real flight and dream flight? How do these experiences illustrate her true desires and how she thinks of herself at this phase of her life?

5. “The heart is unteachable” says Susanna of her love for the statue of Saint George (p. 25). What does this say about her approach to love early in the book, within and outside of her family circle, and toward others and herself?

6. In the third grade Susanna says: “my long, agonizing apprenticeship in failure had begun” (p. 35). How does she define failure? Whose approval does she seem to be seeking, and in what areas of her life does this cause the most anxiety?

7. Why does Susanna envy the mess of Roger Bigelow’s home and family? How does her family’s comparative orderliness stifle her? Is that always the case?

8.  Describe the model of womanhood and parenting that Susanna’s mother provides, including how she deals with her

9. Susanna says of Kansas City “I loved the idea that a city could be in both places at once” (p. 42). What does this say about her self-identification with Cambridge, and her assimilation into all of the cities that she visits?

10. To what degree does Susanna tolerate things that are different or foreign when she is at home? In particular, how do Frederika and Vishwa—neither of whom are from the United States—shape what she considers to be familiar in Cambridge?

11. How does Vishwa help Susanna enjoy and understand music? Is this related to how she intuitively understands language?

12. What traits and behaviors of Jagdeesh’s irritate Susanna? Does she observe and respond to similar things in other adults?

13. How would you characterize the political, moral, and intellectual values of Susanna’s parents and their friends? How do they influence Susanna’s worldview?

14. What are some of the major landmarks—emotional, geographical, sensory, etc.—that Susanna uses to shape her memories?

15. How do Susanna’s responses to art—sculpture, in particular—change as she travels around the world, from England to Italy to Greece, and as she grows up?

16. When Susanna is in Greece, she makes important realizations about the nature of time and place, asking: “What if time didn’t always move forward? What if there were places where time got stuck or became circular, where it was now but it was also all the times before now and everything was happening all at the same moment?” (p. 238); yet at the same time she understands that “The noise of time was enormous, but the places themselves were quiet” (p. 239). How do these ideas exemplify her continuous longing for Cambridge, and her reaction to her own moving forward in time—i.e., entering puberty—while in Greece? What is special about this country and its history that brings up these questions for her?

17. Does one of the last lines of the book—”I could turn the past into anything I wanted”—change your understanding of the events of the novel, and of the narrator’s relationship to the author, who is also named Susanna (p. 258)? Do you think the book needs to be categorized definitively as a novel or memoir?

Susanna Kaysen has written the novels Asa, As I Knew Him and Far Afield and the memoirs Girl, Interrupted and The Camera My Mother Gave Me. She lives in Cambridge, Massachusetts.
Learn More About Cambridge
print

They Left Us Everything
Back to Top