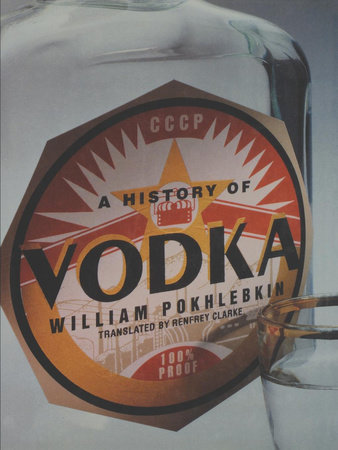 A History of Vodka

About A History of Vodka

Savored by peasants and Tsars, condemned by clerics and the architects of perestroika, vodka has been the joy and scourge of the Russian nation for centuries. But what are the origins of the Russians’ favorite drink? Did vodka emerge as an authentic national discovery from the brewing-shops of the monasteries of medieval Russia, or was the secret of its preparation imported from elsewhere? When was it that people first experienced vodka’s now famed property of “knocking drinkers off their feet?”

With formidable scholarship and considerable dry wit, William Pokhlebkin, one of Russia’s best-known historians, sets out on the detective trail. His aim: to reveal the strange truth about his country’s most famous tipple. The result is a triumph of historical deduction. As he uncovers the social, economic and technical background to the emergence of vodka, and indeed tells us how and with what the spirit should be drunk, the author creates an unconventional but true-to-life portrait of the society and social psychology that gave birth to today’s Russia. He argues that those who have controlled the vodka stills have controlled the density of Russia—first the Boyars, then the Tsars, and in this century the Bolsheviks. In Pokhlebkin’s view Gorbachev unwisely attempted to suppress vodka, allowing the Mafia to seize control of its production and distribution. Perestroika was thus doomed.

Pokhlebkin believes that both prohibitionism and drunkenness are scourges which encourage one another. He insists that vodka itself doesn’t make people drunk, only irresponsible and uncultured ways of consuming it. A History of Vodka is the work not only of a fine scholar but of a passionate advocate of the virtues of vodka and a stern critic of those who have misused it.

“Alcohol has been a far more important part of human history than most historians have recognized, potent for good and ill. Russia has known it under the name of vodka, and has been second to no other country in feeling its influence. Anyone wanting to learn how and where its distilling began, about how production became a monopoly of the nobility and finally of the government, and about how perestroika tried to put a stop to alcoholism, and why it has failed, must turn to this very learned, very informative book.”—Victor Kiernan

A History of Vodka